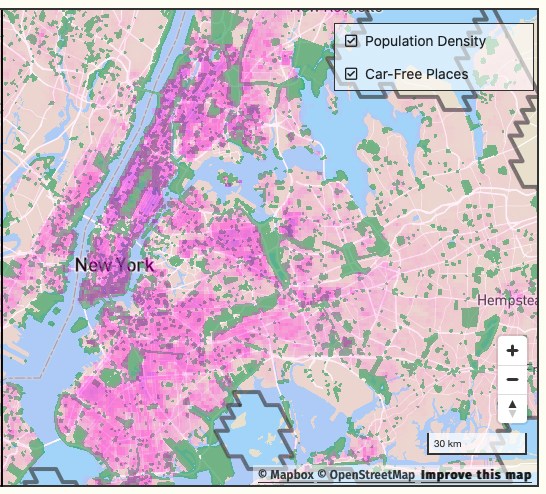 We spent lots of time this weekend nerding out on which world capitals are really nice locations for pedestrians.

A brand new report by the Institute for Transportation and Growth Coverage referred to as “Pedestrians First” [PDF] consists of walkability information for 1,000 metro areas across the globe, and reveals that U.S. cities are typically much less walkable than these in different nations (Intelligent Transport). London, Paris, Bogota and Hong Kong prime the record (The Guardian).

Probably the most scary of the maps reveals what number of residents of high-density areas of New York are so removed from car-free areas (map above). Poke across the maps and inform us what you assume within the feedback part.

In the meantime, in different information:

Proper now, the Prospect Expressway appears like Gary Gabelich is testing the Blue Flame on the Bonneville Salt Flats. Over and time and again.