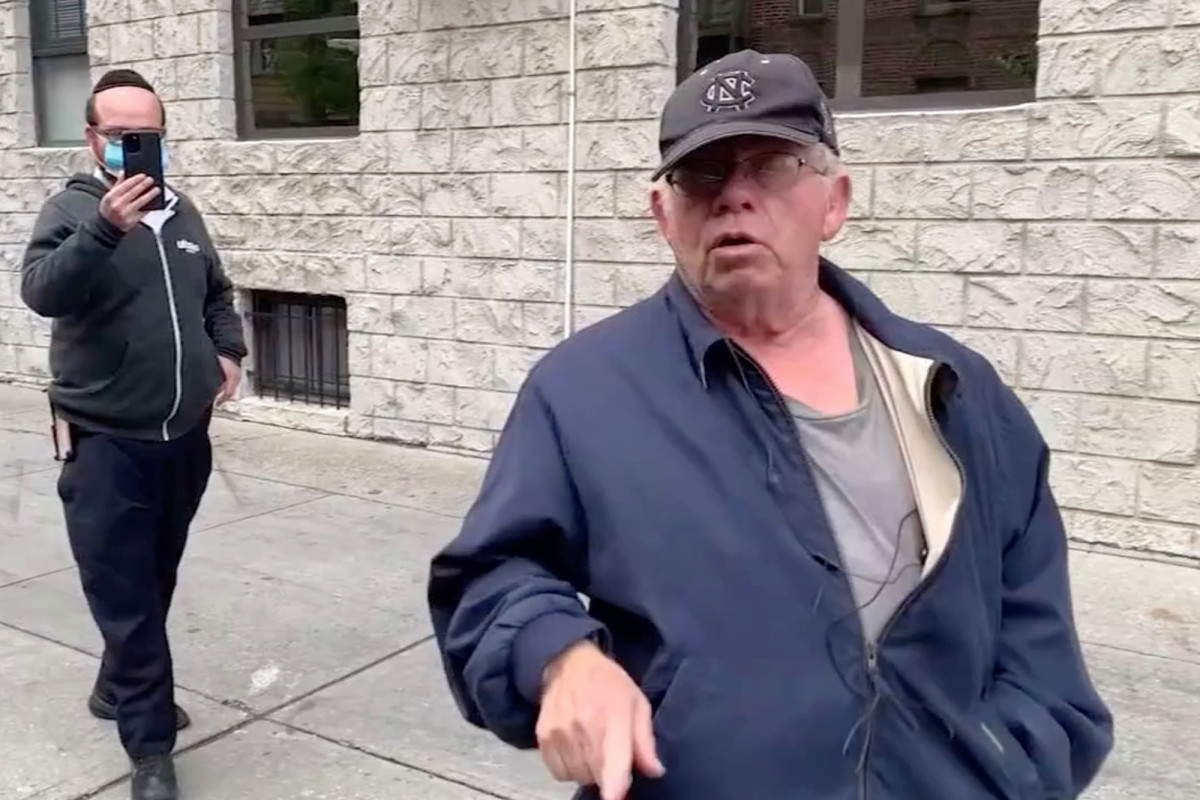 A neighborhood Asian-American TV reporter was accosted in Brooklyn by a maskless man who hurled an ethnic slur at him — saying “Come right here, chinky, let me provide you with a little bit corona” after he claimed he had simply had COVID-19.

CeFaan Kim of WABC was out on the job narrating a chunk a few Jewish faculty in Brooklyn that was working in a chosen “pink” zone in violation of a state govt order.

Standing in entrance of the varsity — Bais Yaakov D’Chassidei Gur on 51st Road — Kim mentioned a number of the youngsters seen boarding a faculty bus weren’t sporting face masks, including that the varsity was violating state and native restrictions.

“You may see how neighborhood members acted with hostility. Watch a person with no masks threaten us, then hurl a racial slur at me,” Kim says off-camera.

“You recognize, I simply had corona,” the person tells the reporter. “Come right here, chinky, come right here, let me provide you with a little bit corona.”

Kim wrote on Twitter: “The person who referred to as me ‘chinky’ 7 instances recognized himself as Hasidic Jewish. He went on about his emotions about Chinese language folks.”

He added: “For the report, I’m an American born and raised, served my nation, and I’m of Korean descent.”

“I’m sorry that occurred to you. So unhappy when those that have tasted bias and hate themselves flip it in opposition to others. #StopTheHate,” she said in a tweet.

One other consumer, Cindy Darrison, mentioned she is a part of the Orthodox neighborhood in Brooklyn.

“I’ve an adopted Chinese language daughter who attends Bais Yaakov. I’m sorry you skilled this & really feel your ache. We’ve handled anti-Chinese language and anti-Orthodox bias this yr; it’s ugly. That man is 100% fallacious & not consultant of us,” she wrote.

And @MargieYoz referred to as the incident “shameful.”

“I’m Jewish and habits like this is a humiliation and reflective of the teachings of Judaism,” she wrote.

Based on his WABC bio, Kim was born and raised in Philadelphia, graduated from New York College and is a former sergeant within the US Military Reserves.

The Put up has reached out to the station for remark.