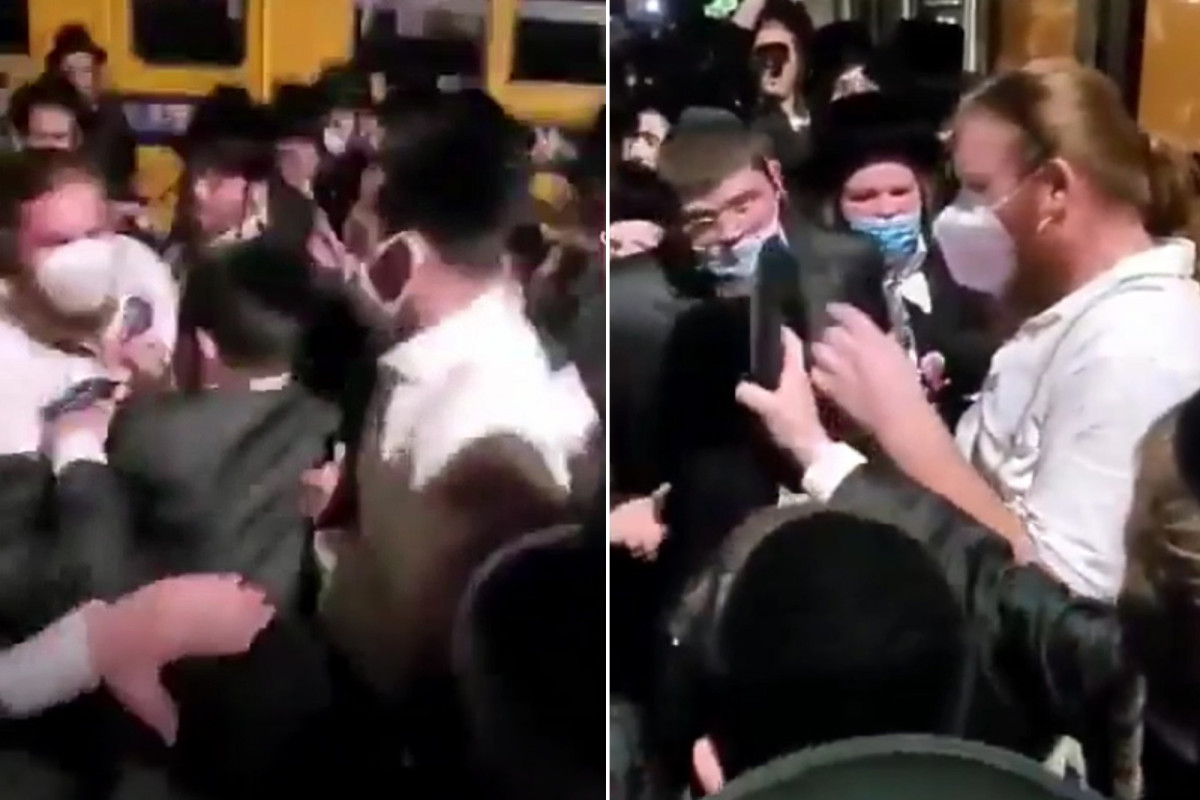 A photographer was attacked by a crowd of Orthodox Jewish protesters enraged over the brand new state-mandated restrictions imposed throughout a COVID-19 surge in Borough Park.

The unidentified photographer, sporting a white polo shirt and a white face masks, was standing on the sidewalk, apparently filming with a cellphone, as the gang surrounded him on all sides, video of the harrowing Tuesday evening incident exhibits.

As he tried to stroll away, the group adopted him and knocked him to the bottom, yelling and screaming, the footage exhibits.

The infuriated protesters additionally lit a garbage hearth after midnight on the intersection of forty sixth Avenue and thirteenth Avenue and chased away two metropolis sheriff’s deputies who responded.

The defiant crowd chanted “Jewish lives matter!” as they held their floor.

Police say no arrests had been made throughout the unruly evening.

The gang was protesting an order by Gov. Andrew Cuomo which shuts down colleges utterly and limits homes of worship to 10 individuals in sure COVID-19 scorching spots.

A lot of Borough Park is topic to these measures — essentially the most restrictive — which additionally shutters non-essential companies.