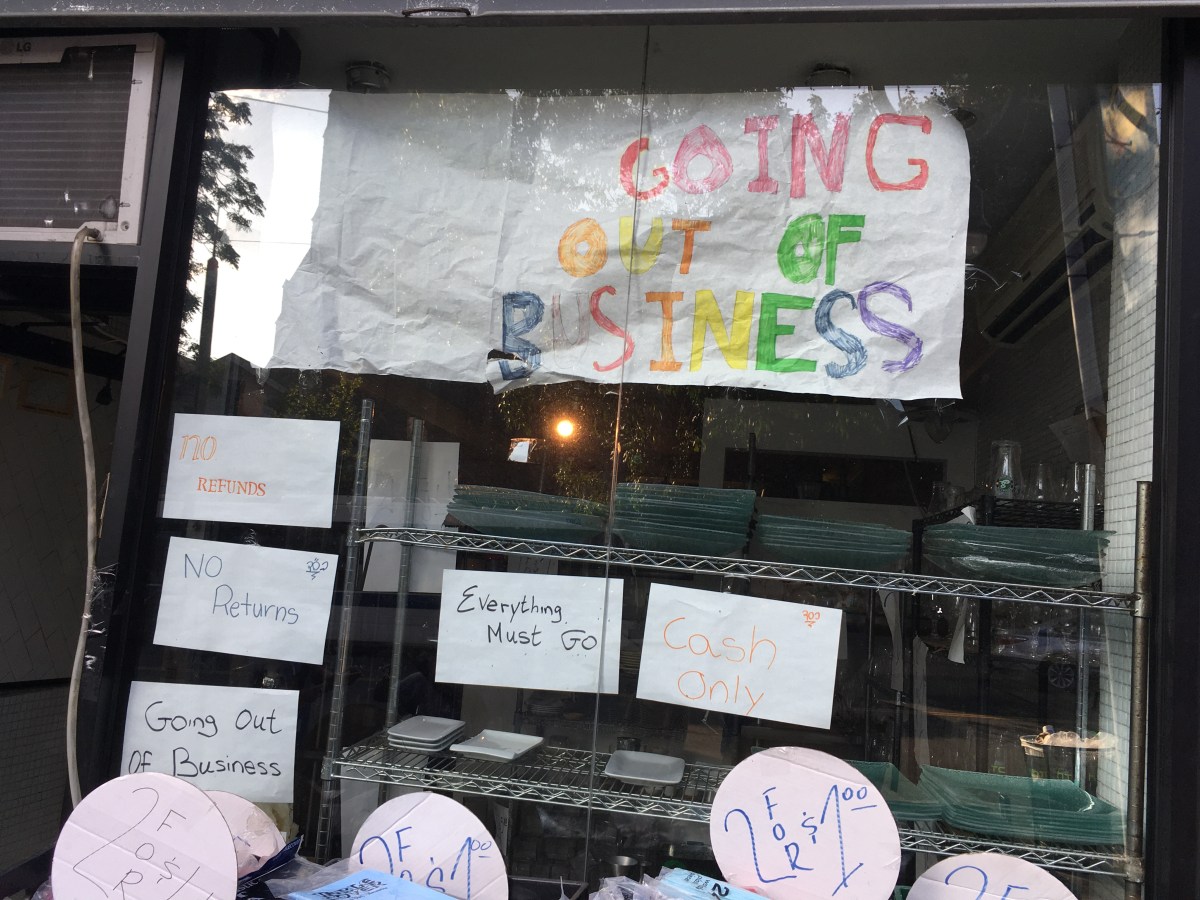 Simply in time for the vacations, Mayor de Blasio rolled out the most recent of his “Open Streets” initiative: “Open Storefronts,” which can enable COVID-strapped retailers to make use of sidewalks to set out merchandise — however not the curbside spots the general public has generously dedicated to free non-public automotive storage (colloquially often known as “parking areas”). That differentiates “Open Storefronts” from the “Open Eating places” program, during which town has allowed eateries to unfold out each onto sidewalks and into adjoining curbside area with a purpose to allow socially distanced out of doors eating.

“That is about sidewalks,” de Blasio stated yesterday in saying the “Open Storefronts,” though he stated that exceptions may very well be made “when we’ve got an entire road closed off due to the open streets.”

As Streetsblog reported, “DOT Deputy Commissioner Margaret Forgione stated ‘there will likely be no impression within the roadway,’ and stated the onus will likely be on enterprise house owners to verify ‘pedestrians can maintain transferring’ (proof that this program is deliberately privileging drivers over pedestrians).”

Um, Mr. Mayor: Sidewalks and curbs all around the metropolis have been commandeered in a bid to avoid wasting our foundering eating places (and entitled automotive drivers have hardly complained). Is retail someway a lesser order of enterprise? Doesn’t its survival additionally advantage some adjustment in free non-public automotive storage — particularly when pedestrians, mother and father or caregivers pushing kids in strollers, and disabled individuals with mobility assistive gadgets, jostle dangerously for room on our too-narrow sidewalks? Simply sayin’.

amNY reported the story straight. Gothamist went all rah-rah, quoting the NYC BID Affiliation calling the measure “an thrilling and daring” plan to assist small companies throughout the disaster. The Put up complained that town “will appear to be an enormous road truthful.”