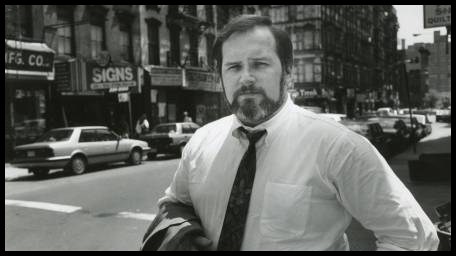 Indulge us as we mourn the lack of a fantastic member of our tribe, reporter and columnist Jim Dwyer, who died on Thursday at simply 63. (His Occasions obit is here. The Daily News supplied a photograph gallery, the Post an obit, and the Times added a set of excerpts.)

Anybody who received into this enterprise within the Eighties needed to be Dwyer, who lower his tooth as a transit reporter at Newsday and as a columnist for the Day by day Information — a man who spoke New York so fluently that even the Occasions couldn’t ignore it, plucking him from the tabloid pinnacle to be a normal project reporter in 2001 (he would quickly slide into his logical function: the About New York columnist).

We at Streetsblog will miss him vastly, and provide as our personal tribute two must-read items: Aaron Naparstek’s 2007 story about the lack of bike parking at the Times’s new building (now it may be informed, Dwyer was a key supply), and Dwyer’s own 2017 column (through which he stared down demagogue State Senator Simcha Felder, who needed to lift, not decrease, the velocity restrict on lethal Coney Island Avenue — due to Dwyer, it by no means occurred).