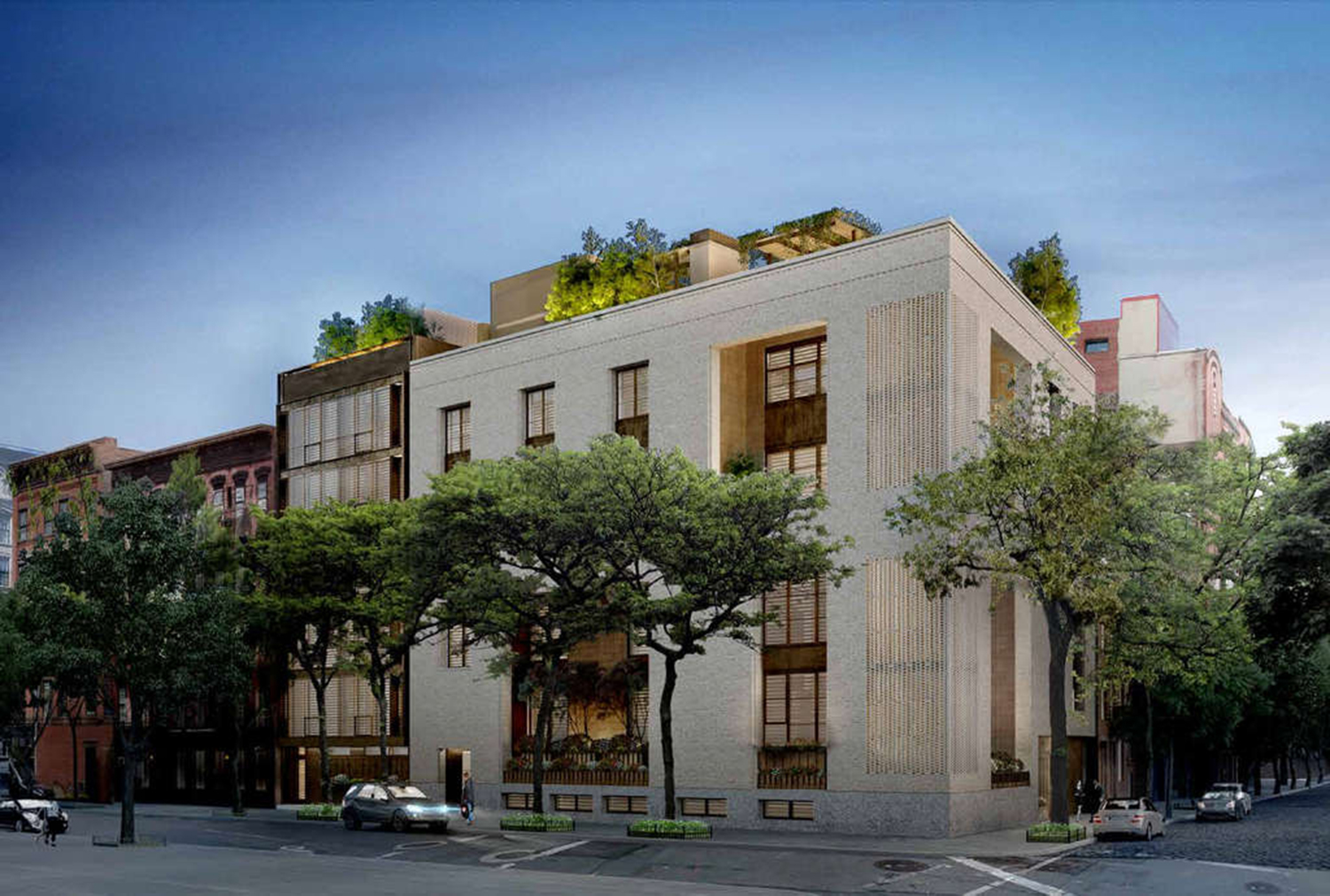 Building has topped out at 145 Perry Street, a four-story, 30,000-square-foot mega mansion within the West Village. Alternately addressed as 703-711 Washington Street, the mission is designed by Leroy Street Studio with Robert Silman Associates Structural Engineers and contains an abutting six-story, five-unit condominium constructing to the north alongside Greenwich Road.

YIMBY first reported on the mission in early February 2017. After securing approvals from the Landmarks Preservation Commission, the event required the demolition of a two-story parking storage. 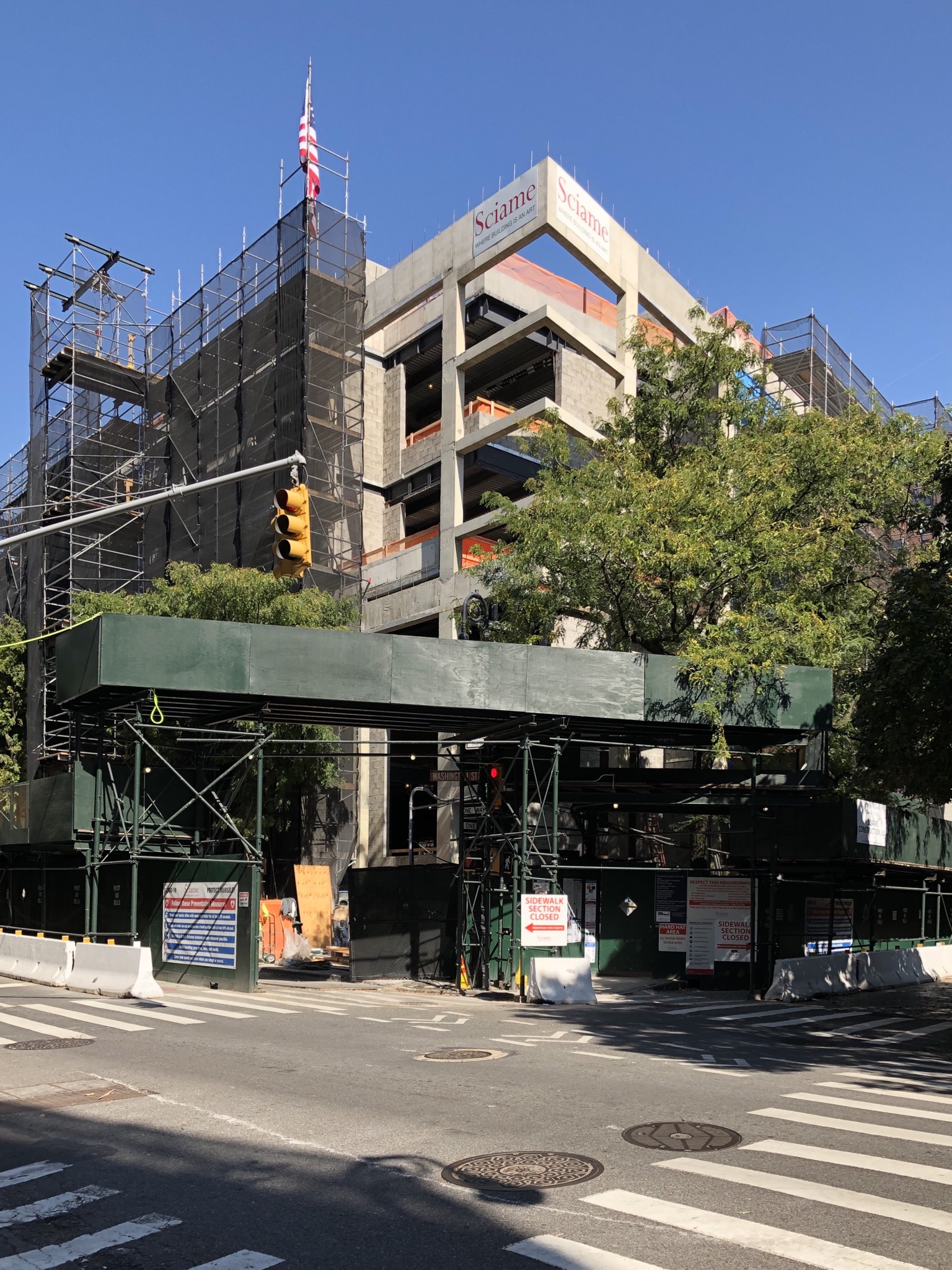 Latest pictures present the steel-framed construction, which sits on the nook of Perry Road and Greenwich Road, topped out and largely lined behind a dense community of black netting and scaffolding. The southwestern nook that faces the intersection is essentially the most seen and partially reveals the inside work taking place proper now. There are giant quantities of cinder blocks forming the interior partitions, whereas various bolstered concrete beams kind a part of the nook of the edifice. A skinny layer of blue waterproofing membrane might be noticed on the southern elevation across the window openings. 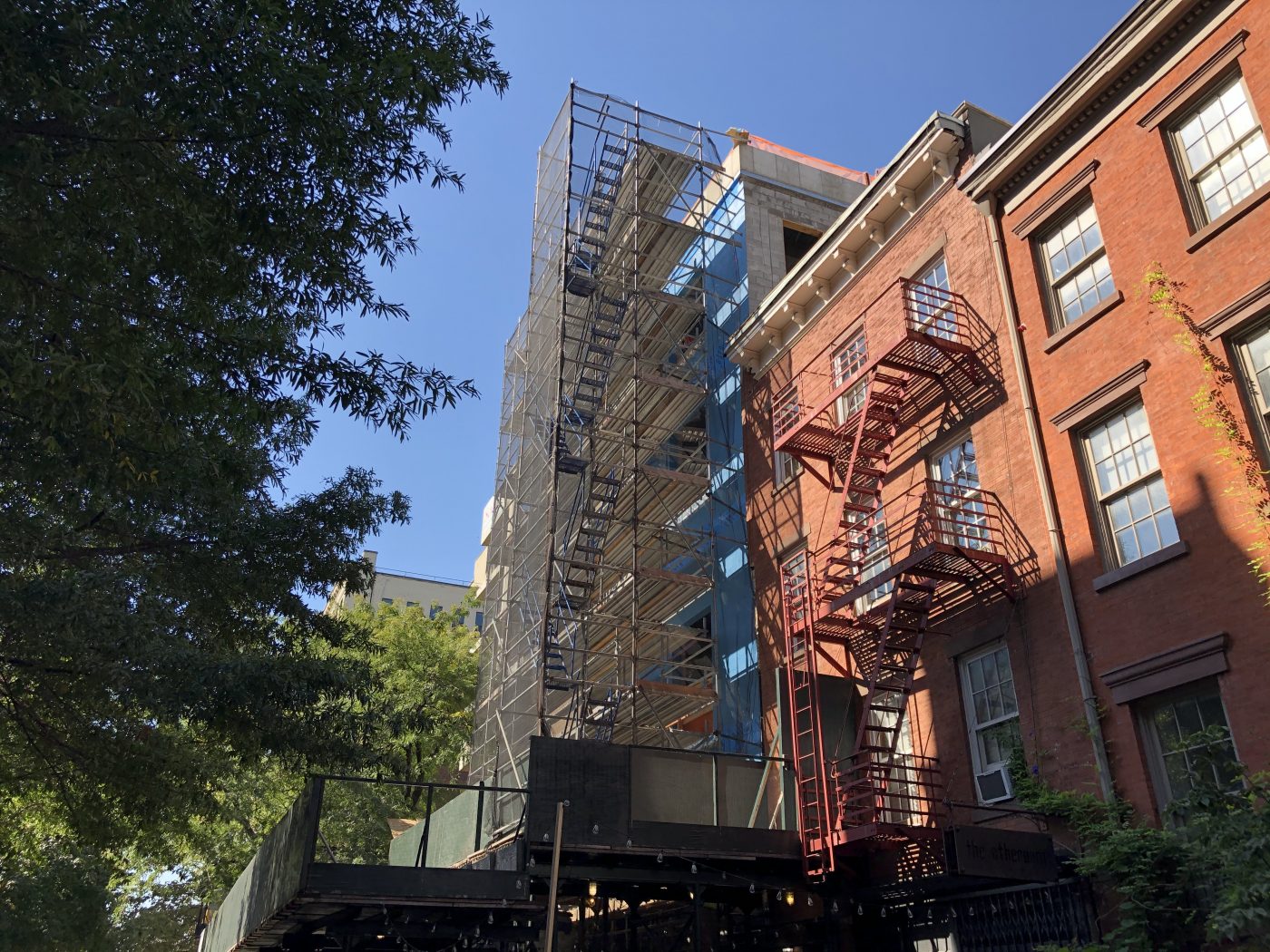 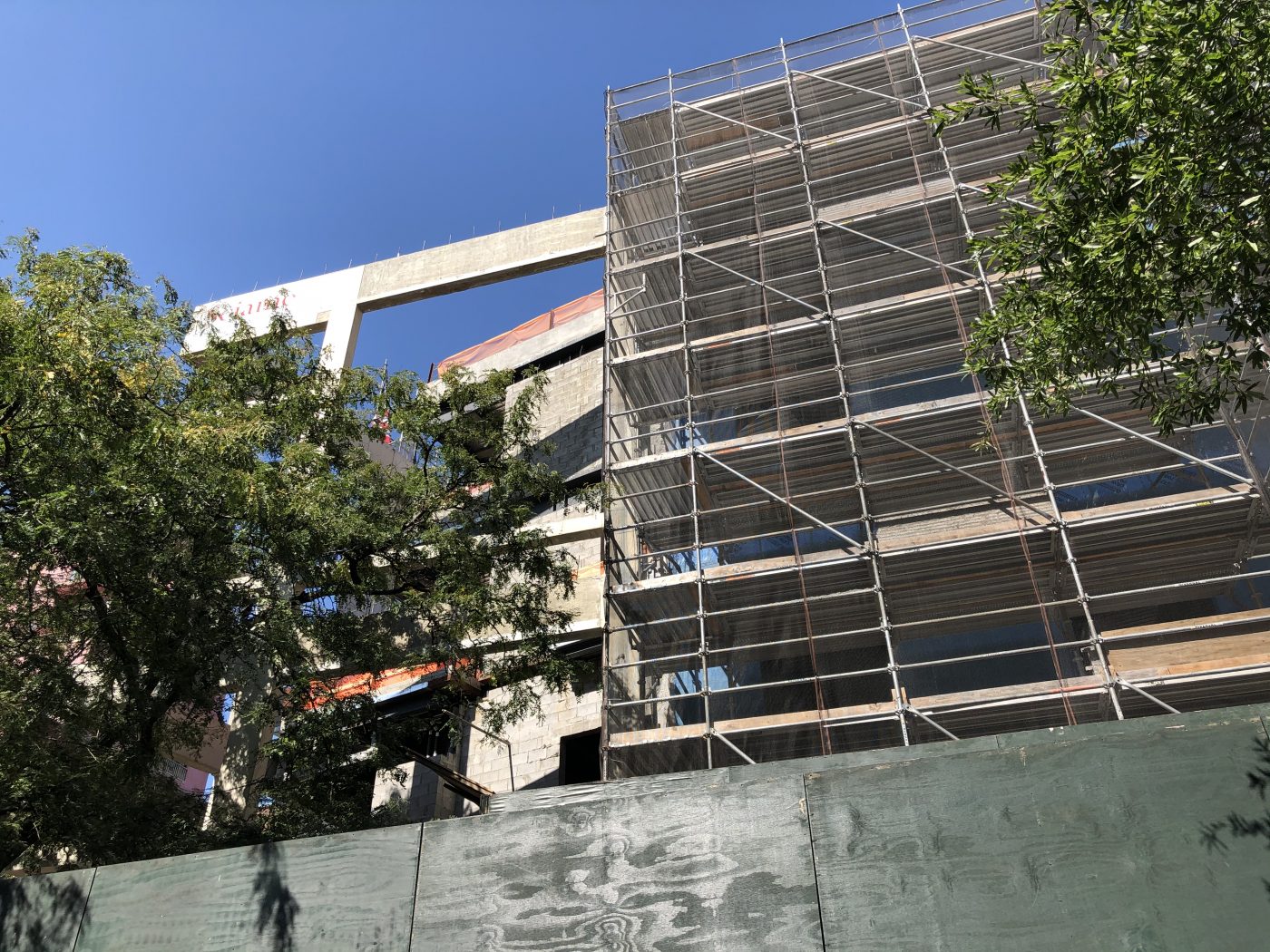 The southern facet of 145 Perry Road. Photograph by Michael Younger 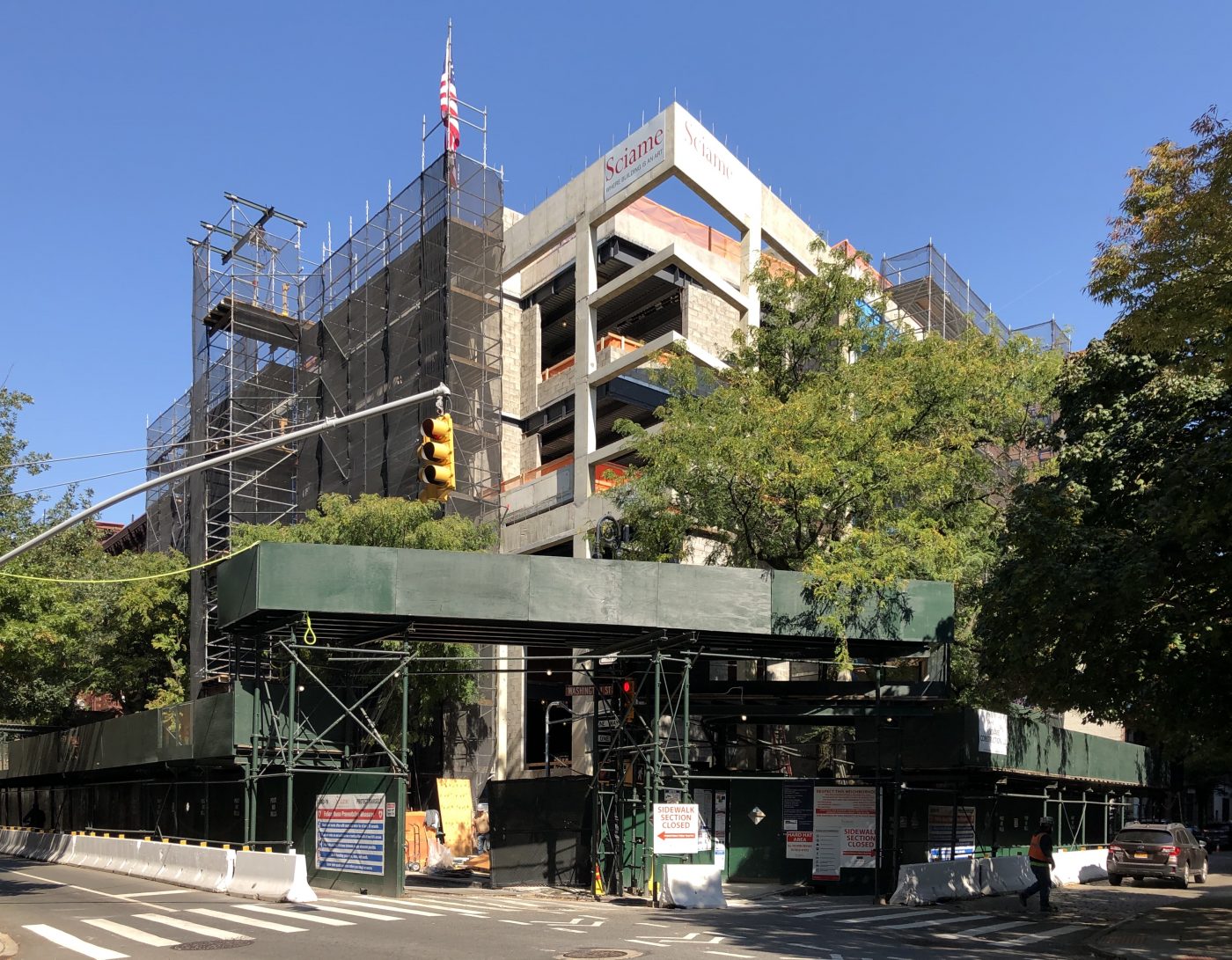 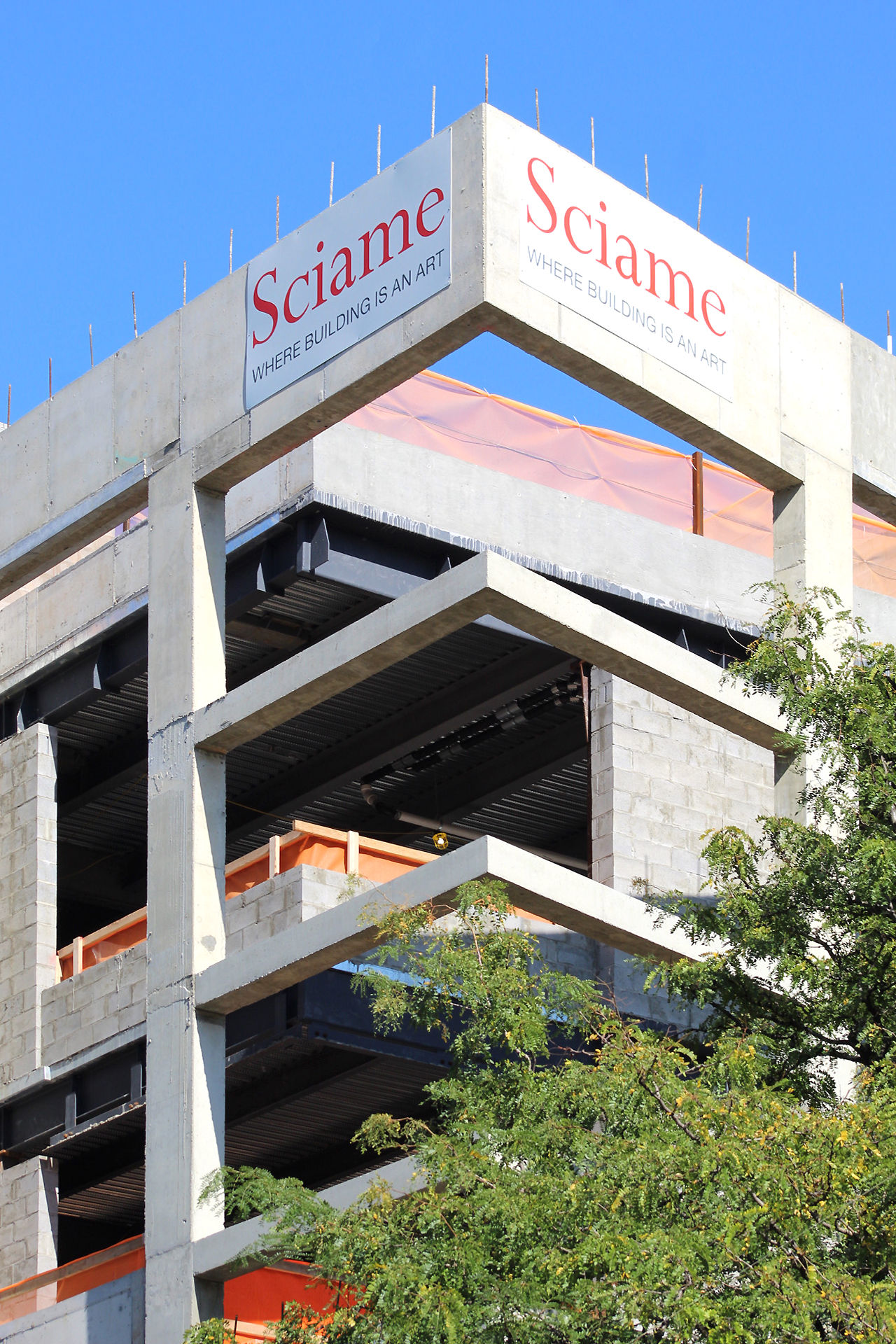 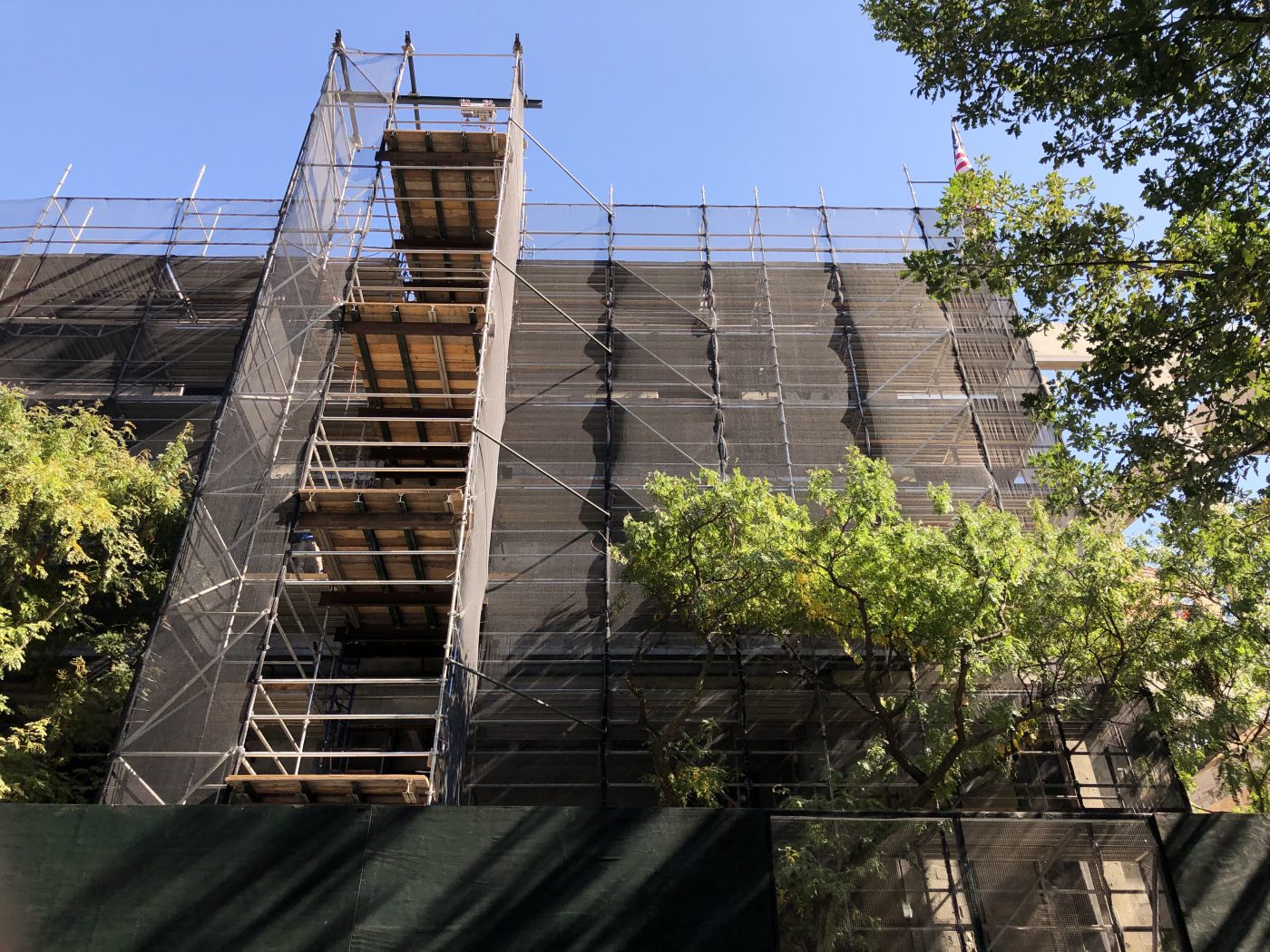 The western facet of 145 Perry Road. Photograph by Michael Younger 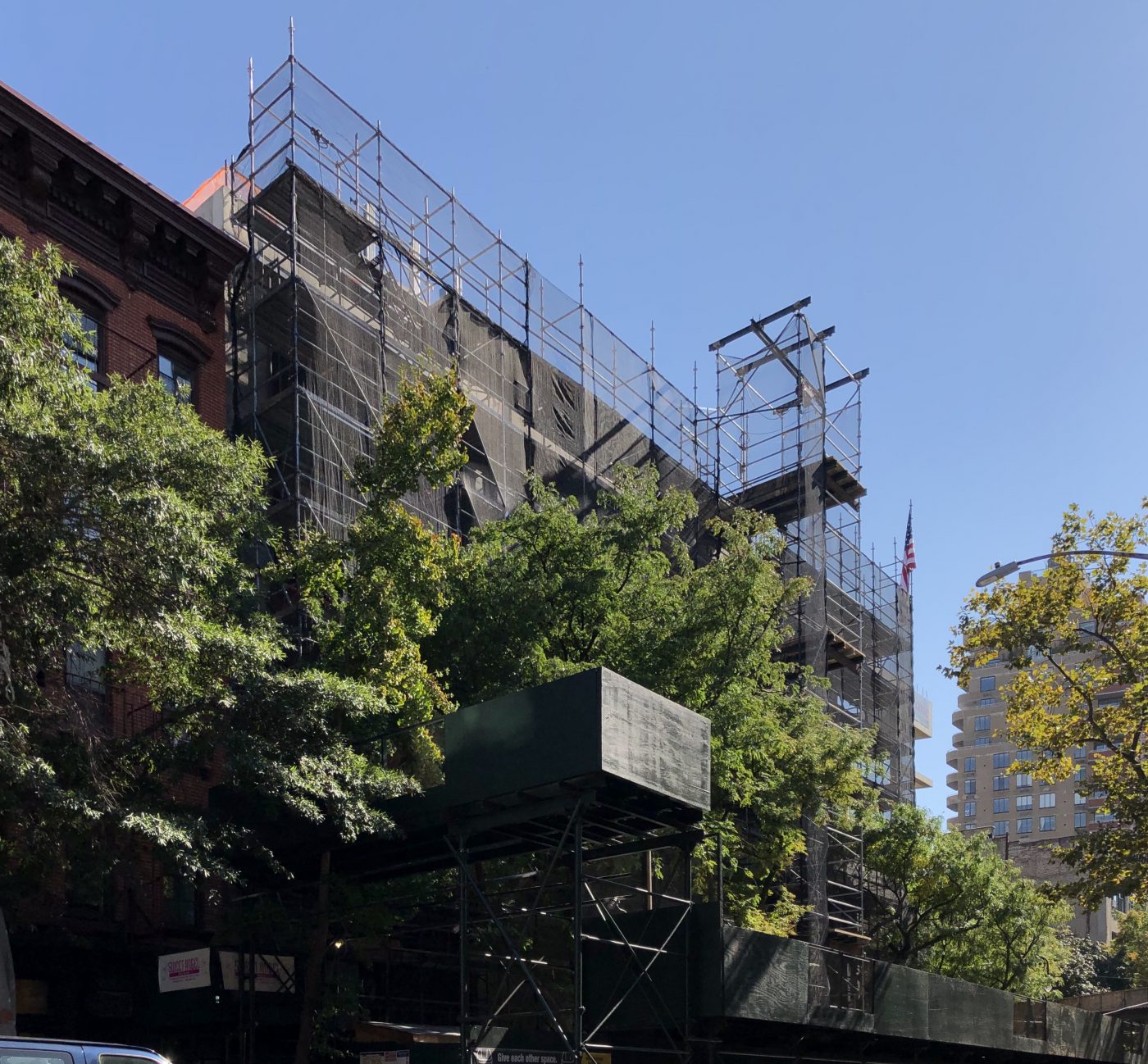 Trying from Greenwich Road in the direction of 145 Perry Road. Photograph by Michael Younger

The sidewalk scaffolding and huge timber immediately in entrance of the property obscure nearly all of the exercise on web site, and it looks like the ultimate curtain wall has not begun set up but. The outside goes to be composed of handmade Petersen brick, ornamental terra cotta, bronze home windows, and planters. The principle rendering moreover seems to indicate an ornamental porous brick display above the granite base that breaks away from the stable operating bond floor seen with the remainder of the skin.

The interiors might be completed with bronze trim, plaster partitions and millwork, and have a grand staircase, a gallery, a house theater, and landscaping by Edmund Hollander of Hollander Design Panorama Architects. See our last article for extra renderings and architectural plans.

145 Perry avenue is anticipated for completion in 2022.