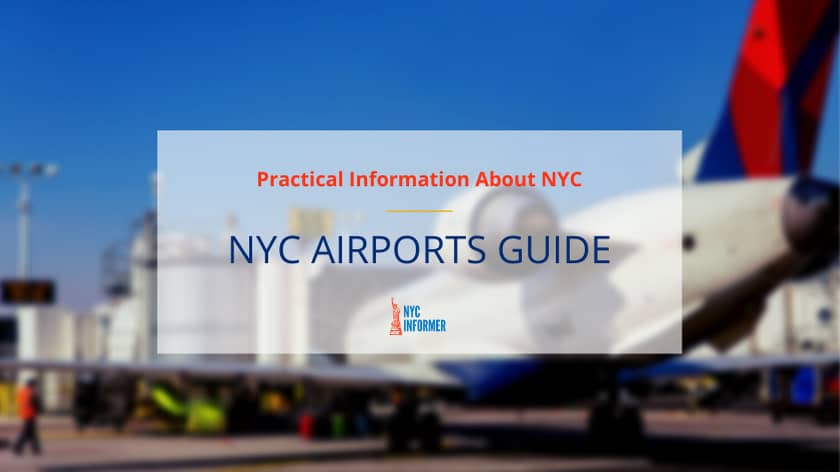 New York is a large city, one that receives more than 65.2 million tourists every year. This means that on an average day, almost 200,000 visitors each day. That is a huge number; to get a sense of how big that number is, you might be interested to know that San Francisco, one of the biggest cities on the West Coast only receives around 25 million visitors annually, which is less than half of what New York gets.

Obviously, with so many people coming in and leaving the city, things can get a bit hectic. Cabs are expensive. The subway lines can get very confusing for the uninitiated; after all, with 472 stations, the New York City Subway dominates the world as the largest rapid transit system. This is not to mention the construction work that never seems to end in the city, the inexplicable massive delays that can bring traffic to a halt, and the fares that keep changing so frequently that it would almost make any New Yorker’s head spin.

Another thing that can make New York intimidating to newcomers is its airport system. Given the large number of tourists who flock in on a daily basis, is it really any surprise to learn that the airport system in New York is the busiest in the US? This is all the more exacerbated by the fact that New York has three main airports

One common question a lot of first time visitors ask is “which airport should I fly into?”

However, there is no one correct answer. For starters, New York is a large city, and each airport is closer to different parts of it. Additionally, different airports offer different amenities, and choosing the wrong airport could cost you money, time, or both.

Ergo, the best answer to this question is it depends on the particular circumstances, and, with that in mind, let’s take a look at each airport individually and see when it might be the most suitable candidate:

What are the airports of New York

Even though rating an airport as the best is a difficult task by any measure, several New Yorkers will argue that JFK is the best airport The Big Apple has to offer. Their reasoning will be as follows:

Apparently, the consensus surrounding JFK is so strong that the airport received around 59 million travelers back in 2016. Ergo, it is safe to say that JFK can get crowded on normal days, making it one of the busiest hubs in the US. However, JFK was built with this large traffic in mind, so it boasts of modern terminals and decent infrastructure.

Let’s dive a little more into the specifics:

How much time does it take to go from JFK to the city and back again?

As we mentioned earlier, New York is a big city, so we will look at the more specific case of Manhattan. If you land at JFK and want to get to Manhattan, most estimates say that it’ll take you an hour. However, this might be a bit too optimistic and a more reasonable estimate would be around 90 minutes to factor in unforeseen circumstances.

More specifically, there are two main ways you can commute between the airport and Manhattan. On the one hand, you can take a cab, which will probably mean a 30 to 40 minute trip. Yet, in return for the time saved, you might have to pay a cab fare that will range between $40 to $70. On the other hand, you can take the subway, which will cost you $7.75, but the commute itself might take 60 to 90 minutes.

At the end of the day, it boils down to a simple tradeoff between time and cost.

Now, in the event that you do decide to take the subway to JFK, here is what you need to know. Even though both the A and E lines connect to JFk, you will still need to get on the AirTrain in all cases. You can get on the AirTrain at either Howard Beach Station if you are riding the A train or Jamaica Station if you are riding the E train. In either case, the subway line will cost you $2.75 and the AirTrain will cost you $5, bringing your grand total to $7.75.

LaGuardia is a tricky airport.

On paper, everything about it should be awesome. It’s closer to Manhattan than the other two airports. It has a lot of terminals, and these terminals are supposed to look phenomenal.

However, the reality of the situation is very different. First of all, although LaGuardia is closest to Manhattan, there is no direct route via the subway. You see, a while back, the NYC Taxi Union did everything in its power to prevent the construction of a subway connection to LaGuardia, and the fact that the Taxi Union succeeded means that the nearest subway station to LaGuardia is about a mile away. This makes taking the public transit system to LaGuardia difficult as you’ll have to walk all the way from the subway station to a connecting bus, a feat that can be difficult if you are saddled with too much baggage.

Now, let’s say you decide to drive to LaGuardia instead. You still have to contend with the fact that seeing as LaGuardia has been experiencing huge upgrades to all of its terminals, you might have to suffer through construction delays as well as pricey cab fares.

Even when you do arrive at the airport, you need to keep a close eye on your terminal because LaGuardia is a huge airport and its terminals are spread out. To make matters more difficult, there is no bus shuttle or tram that can carry you. All of this means that it might take you more than 15 minutes to go from one terminal to another, and if you realize that you’re at the wrong terminal, it might be a little too late.

How much time does it take to go from LaGuardia to the city and back again?

Again, this really depends on where you are in New York. However, if you’re coming in from Queens, Midtown, or Williamsburg, you’ll be a bit closer than if you were coming in from Manhattan. A cab ride out of any of the three places just mentioned might cost you around $20, whereas a cab ride out of Manhattan will almost be double the price, reaching $40 easy. Alternatively, you can always just take the subway, go out for a little walk, and then take the bus transfer, all for the price of $2.75. Yet, this latter option may be a bit of a hassle if you have to haul heavy bags.

Although Newark is situated in a different state, New Jersey, it is still considered a New York airport. After all, the distance between it and Manhattan is almost the same as that between Manhattan and JFK.

Nevertheless, flying into Newark is definitely not the same as flying into JFK. First of all, the public transit system doesn’t fare quite as well: The subway and NJ Transit may be a bit hard to navigate. On the other hand, a cab will cost you somewhere between $70 and $100. A significant part of this exorbitant cost can be attributed to two things: Firstly, you have the heavy traffic on the bridges and tunnels, and secondly, you will have to pay fares and tolls to get into the city which can be more than $15. Consequently, even when flights into or out of Newark are cheaper than those from JFK and LaGuardia, this difference in cost might not be enough to make up for the extra cab fare and lost time en route.

How much time does it take to go from Newark to the city and back again?

However, there is a third option. You can take the Newark Airport Express shuttle bus. Of all the available options, the shuttle bus might be the best one. It is fast and efficient and will only cost you $18 for a one-way trip. There are online rumors of the bus making the trip from Penn Station all the way to Newark airport in 17 minutes, which, if true, would have to be a record of sometime.

The bus operates from 4:45 am till 2 am and makes stops at the following places: Port Authority, Grand Central Terminal, and Bryant Park.