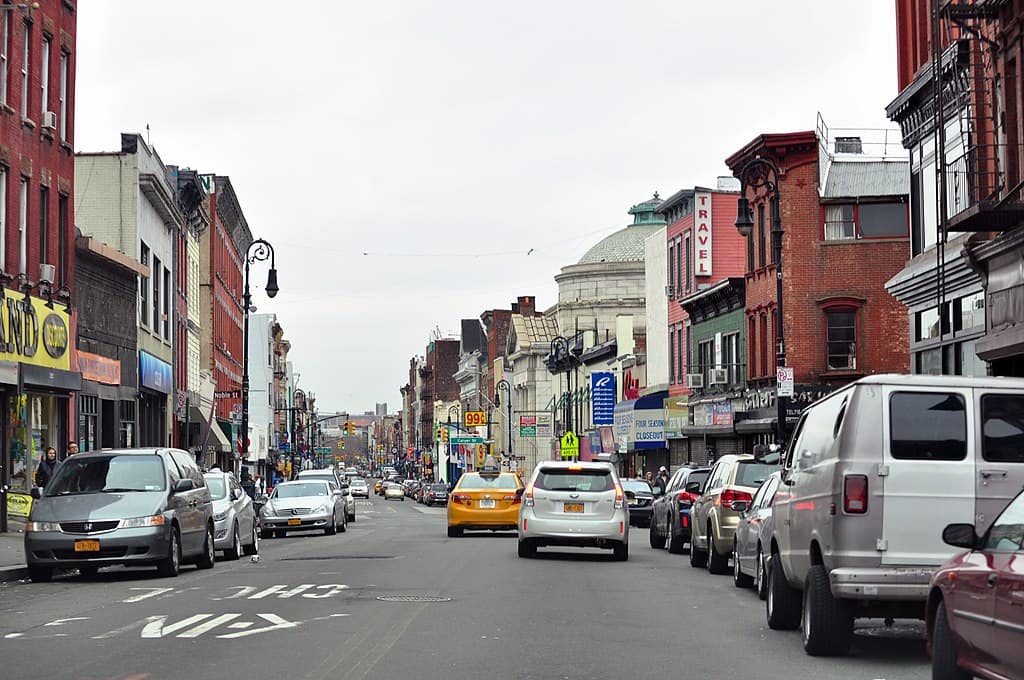 Greenpoint is a neighborhood of Brooklyn in New York City. Is Greenpoint, Brooklyn a safe place to live, raise a family or visit? Read ahead to find out.

Greenpoint is in northern Brooklyn. In fact, Greenpoint holds the distinction of being the northernmost neighborhood in Brooklyn.

Greenpoint is bordered on the west by the East River; On the southeast, the BQE and East Williamsburg. On the southwest, by Williamsburg; and on the north by Newton Creek and Long Island City.

Greenpoint has a heavily Polish population base, so much so that it is sometimes called ‘Little Poland’. The population of Greenpoint is heavily family-oriented, with sometimes up to three generations of family members living under the same roof.

Sixty percent of residents are employed in executive and management positions which require higher education degrees.

The family atmosphere and educated residents contribute to a lower percentage of crime occurrences.

Housing costs in Greenpoint are eighty-seven percent higher than all of the neighborhoods in New York City and nearly ninety-five percent of all neighborhoods in the United States, with the median sale price topping over a million.

Renters occupy most of the real estate in Greenpoint, where rental prices are higher than eighty-seven percent of neighborhoods in New York City. The vacancy rate is an almost non-existent 2.7%.

Greenpoint is patrolled by the ninety-fourth police precinct. Serious crime is generally rare in Greenpoint, Brooklyn, according to police statistics.

The rate of violent crimes per capita in Greenpoint is less than that of New York City as a whole. The rate of property crimes is about average.

Crime in Greenpoint has decreased nearly ninety percent since the nineties. However, in recent years, crime rates have seen minor increases. Fortunately, homicide rates have decreased considerably in the last couple years, over fifty percent.

One helpful way to investigate crime rates in the neighborhood is to learn to decipher a crime map. NYPD makes all their compstat data available to the public, a step not taken by most police departments in the United States.

As always, it is important to keep your wits about you and respect common sense principles of safety like keeping track of your belongings, staying in populated areas and not walking alone at night.

Avoid places close to the water and industrial areas. The danger comes from the fact that as the northernmost neighborhood, Greenpoint is somewhat isolated from the rest of Brooklyn and New York City.