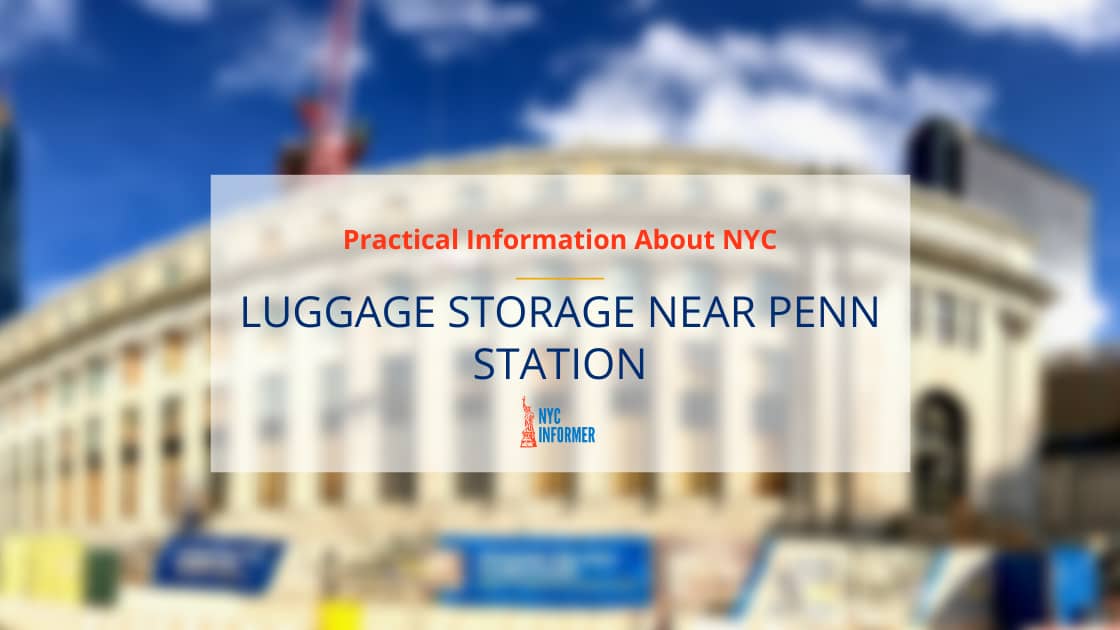 On any given day, Pennsylvania station, or as any New Yorker calls it “Penn Station,” probably has more going on than almost any other train station in the world. Constructed in 1910, it serves as a hub where travelers and commuters can use the Amtrak, the New York City subway system, the Long Island Railroad, and the New Jersey Transit. As a result, Penn station connects people from New York, New Jersey, and Long Island, bringing them together and ferrying them to their destination; is it any wonder that it is always so busy?

That said, for many of you, dealing with luggage can be a hassle, especially if they have some time to kill before they have to catch their train. So, let’s take a look at the storage options provided by this 110 year-old station, starting with the basics: lockers.

Can you use the lockers at Penn Station?

Unfortunately, the answer is no.

After the September 11th attacks, New York tightened its security measures in its stations, removing all storage lockers in most of the major stations, including Penn Station. In fact, most forms of on-site luggage storage have been terminated, and there aren’t even live luggage attendants anymore.

Nevertheless, there is one option available for anyone with an Amtrak ticket. Amtrak offers its ticket holders the ability to store their luggage inside of Penn Station for the price of $10 per piece, and even though this service may not seem cheap, it isn’t exorbitantly expensive either. Amtrak also offers the same service to non-ticket holders but for the price of $20 per piece and only if there is space available.

However, the good news is that there are other storage options you can turn to in times of need. These storage options will try to balance cost-effectiveness with convenience, but, at the end of the day, you will have to perform your own cost-benefit analysis to figure out which option is most suitable for you:

Luggage storage in the sharing economy

In response to the removal of storage lockers in stations, several services have popped up to fill this supply gap. One such service draws heavy inspiration from the sharing economy (you know, the same business model that fueled companies like Airbnb and Uber).

Basically, what this service does is it finds suitable spots for you to store your luggage. These spots can be anything from a souvenir or gift shop to a convenience store or even a hotel. The spot itself is irrelevant; what matters is that this location is open when needed, close to the station in question (which is Penn Station in this particular scenario), and has the capacity to store the luggage for the required amount of time.

When comparing a service like Vertoe with the Amtrak storage option, you will realize that even though Vertoe is more cost-effective, it is less convenient. Now, let’s look at another option that maximized convenience yet scores low on the cost-effectiveness scale.

You can turn to mobile luggage pick up and drop off

If you decide to use Vertoe, you will have to drop your luggage yourself at one of the available locations. Alternatively, a service like My Bag Check will send a car to pick up your luggage from wherever you are and will store it for you for however long you may need. After that, once you need your luggage again, the company will have it dropped off at any location of your choosing, including Penn Station of course.

It goes without saying that a service like My Bag Check will be a bit pricier than the other two options listed above. In addition to charging you a storage fee depending on the number of days you want to store your luggage, the company will charge you a transportation fee, which can bump the price up quite a bit. And, if you need to move your luggage from or to any of New York’s main airports, you might have to pay a couple of hundred dollars.