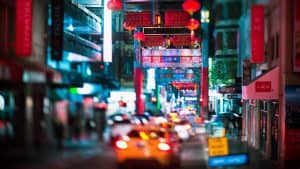 Since 9/11, Lower Manhattan has experienced a resurgence and is a much more vibrant place where the young professionals who work there are living now, too. The neighborhoods still retain much of their original charm while supporting a new and diverse community that has brought a youthful energy to its classic downtown aura.

Contents hide
1 Things to do in Lower Manhattan
1.1 Get a taste of old-timey New York
1.2 Learn about the immigrants that built NYC
1.3 Find a treasure trove of books and records
1.4 Take a breath of nature in the city
1.5 Eat your way through Manhattan’s diverse cuisine
1.6 Discover the NY comedy scene
1.7 Party like there’s no tomorrow at Alphabet City

Things to do in Lower Manhattan

If you would like a day or two of instagrammable moments, both modern and classic, follow our tour of Lower Manhattan and the fun activities it offers!

Get a taste of old-timey New York

Many historically significant places and structures in lower Manhattan, some of them standing over a century, have been retrofitted and revamped to add a modern touch so if you want to step in the way back machine and get a taste of old-time New York and enjoy modern entertainment at the same time, here are a few spots to check out:

Learn about the immigrants that built NYC

Lower Manhattan is home to the Statue Of Liberty and Ellis Island, the port through which 12 million immigrants passed between 1892 and 1954. So naturally, many of them settled right here in Lower Manhattan.

But instead of visiting those tourist drenched meccas, why not get a feeling for how those immigrants lived? Packed like sardines in tenements, actually.

The Lower East Side Tenement Museum will tell you all about it. In 1992 Activist Ruth Jacobs and partner Anita Jacobson found an old building that still held leftovers of immigrants lives and turned it into a tribute to NYC’s immigrants. They refer to it as a “time capsule.” It’s grown to 2 buildings where you can actually experience recreated apartments from those times.

One group with a dedicated museum that aren’t immigrants are the folks who were here first – Native Americans. Before New York became an urban behemoth, Indians used the land for hunting and fishing. Explore their heritage at the National Museum of the American Indian.

Find a treasure trove of books and records

Most things can be bought online these days, so another way to time travel is to hang out in stores and browse through relics of the past, like books and records.

Music Maniacs will find tons of treats because New York being as big as it is, there is plenty of overstock and the highest concentration of collectors – ground zero if you will. Lower Manhattan, it could be said, is where records go to die and you go to dig them up! Our two favorite spots are:

Take a breath of nature in the city

Besides Central Park, Lower Manhattan is the most lushly natural setting to be found on the main island of New York City. Indians made great use of the land in the past, and there are plenty of spots to enjoy in the present. It’s very outdoorsy.

Start the journey to Lower Manhattan with a brisk stroll or casual amble down the High Line, a former elevated railway that is based on a French concept. It has been converted to a pedestrian pathway high above the streets that is decorated with vegetation and flora.

After picking up some literature, soak in some peace at the appropriately and efficiently named Battery Gardens. These days The Gardens include a Bosque and an Urban Farm. It even hosts open Air Yoga. Can you imagine old-timey New Yorkers in those positions?

And it’s not exactly nature, but the urban jungle called Lower Manhattan provides a fantastic canvas for enterprising graffiti artists. So be sure to take a minute to stop and admire the murals!

Mainstays Chinatown and Little Italy are two of the most distinctly New York neighborhoods. Recently they have been duking it out for territory, with Chinatown in the lead.

There’s enough to go around. As you might now, here at Stasher we have an affinity towards Italian food, but the Chinese have some exotic sweets and treats you may not have yet discovered. So, we suggest Little Italy for dinner, Chinatown, for dessert. That’s right – no cannolis!

In Little Italy, defer to Lombardi’s, NYC’s oldest pizzeria, melting cheese since 1905. For a more traditional home-cooked Italian feast of lasagna and burrata, try Gelso and Grand – on Grand, of course – or Il Cortile from more northern Italian cuisine.

You’ve avoided a cannoli, but you won’t be able to resist the sweet at The Original Chinatown Ice Cream Factory! What makes it so unique? Chinese flava! Discover peace in the Zen butter flavor.

Continue the immigrant studies in both these mini hoods! Chinatown has the Museum of Chinese in America, while Little Italy houses the Italian American Museum in a former bank on Mulberry.

When it comes to comedy, the farther downtown you go, the more cutting edge it gets, safely away from the mainstream. Up and coming comics give funny careers a shot, while sometimes famous comedians experiment with edgier material.

These are just 2 of the notably hot comedy clubs in Lower Manhattan:

The action isn’t limited to specifically comedy clubs. Any night of the week, bars and other unusual spots are hosting comedy nights. Here’s a helpful link to the best comedy nights in Lower Manhattan (and other parts) for any time you find yourself there.

Ain’t no party like an ABC party – the legendary neighborhood where numbers and letters begin!

Lou Reed and Madonna are among the long line of artists that once haunted these avenues where party people still kick it all night long in the best places for live music and dancing. Two spots not to miss are:

If we’re not too hungover tomorrow, there’s plenty more. Like speakeasies, a popular trend right now – NYC is full of them. Or a trip through Tribeca! In winter, there’s 6 River Terrace, a Battery Park community center offering everything from Indie Craft Fairs to Film Noir screening nights to Zumba dancing!