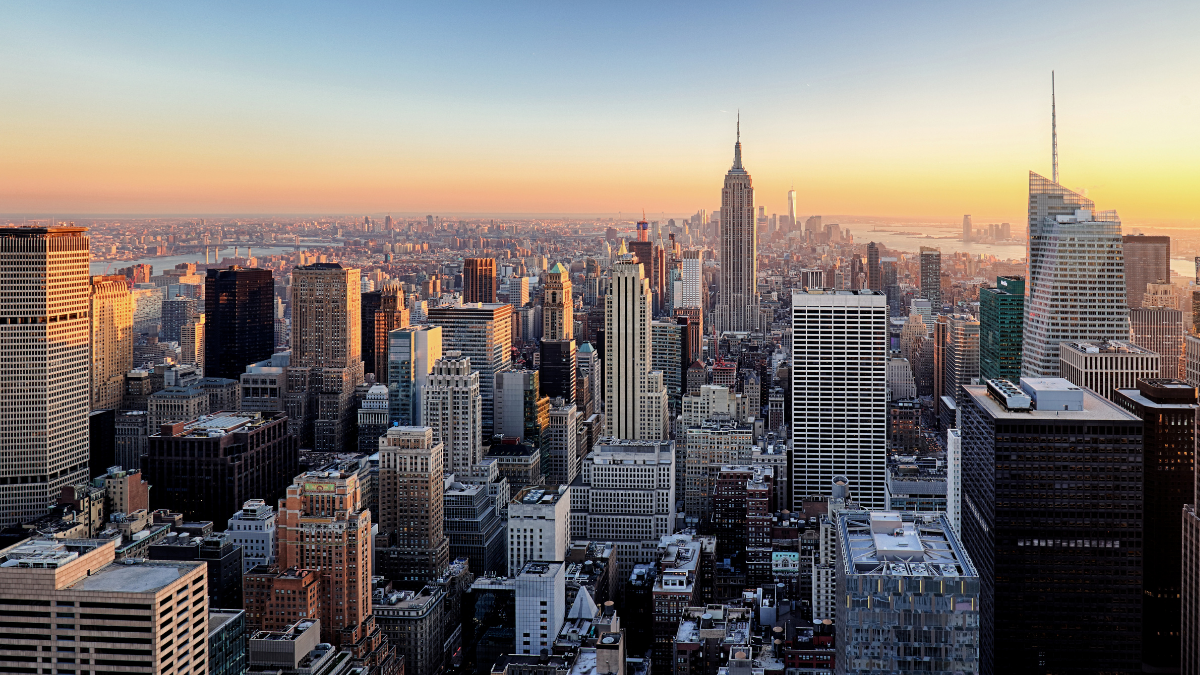 Manhattan represents the typical image people have of New York City from the movies and television. But it’s not all the glitz and glamour of Times Square or Broadway, which are actually some of the more dangerous areas in New York City, in reality.

Like any major metropolitan area – Chicago, Los Angeles, Philadelphia – Manhattan is a complex web of safer and unsafe neighborhoods, sometimes within spitting distance of each other. Luckily, it’s mostly a grid. Until you get to Downtown. Then it gets very confusing. We’ll get to downtown.

Contents hide
1 Better Safe Than Sorry
1.1 PRO TIP! – You should always keep your wits about you in NYC, no matter where you are.
2 Boundaries, Boundaries!
3 A History Lesson
4 Living Like The Stars
5 More Than Safety
6 Up Down and All Around
6.1 Upper East Side
6.1.1 Foolin’ Around On The Hill
6.2 Upper West Side
6.2.1 Scale The Heights
6.3 Downtown
6.3.1 Things Will Be Great When You’re Downtown!
6.4 Waterfront
6.4.1 On The Waterfront
7 BONUS HOOD!!
7.1 Roosevelt Island
8 Boots On the Ground

These days it’s not enough to just assume that the hotels will be concentrated in the safer, more commercial, less residential neighborhoods. In fact, the commercial, tourist-driven neighborhoods are often the most dangerous, if not as fatal. Times Square, for example, as stated in the opening lines of this article.

PRO TIP! – You should always keep your wits about you in NYC, no matter where you are.

Luckily, now the human race has the magical powers of the internet at its fingertips. So unless you’re an alien – the outer space kind – reading this, you can easily look up the details of the neighborhood online.

Anyway, read on to find out which are the safest neighborhoods in Manhattan.

No man is an island, but Manhattan is. It is one of the five boroughs and one of two islands. The other island is Staten Island. The other three boroughs are Queens, Brooklyn and The Bronx.

This article focuses on Manhattan, because it is a very big place, composed of little areas inside little neighborhoods inside bigger sections. However, ironically, Manhattan is the smallest of the boroughs, with a total area of thirty-three and a half square miles. Only twenty-two of those square miles are land – the rest is water.

That means the population of over one and half million are squeezed pretty tight, even in this sprawling metropolis. No wonder it’s called the city that never sleeps. How can you sleep when your dreams are haunted by the sound of the guy – or girl – next door snoring?

Getting back to our heading, the boundaries of Manhattan. The bodies of water that bound Manhattan and together comprise those leftover square miles of water are:

Did you know Manhattan used to be called Amsterdam? Well, New Amsterdam. Of course, the old Amsterdam is a perfectly fine place. They decided they didn’t need a new Amsterdam, so they said ‘how about we call it Manhattan?’. Just kidding, that’s not the real story.

Back then, ‘New Amsterdam’ was the capital of ‘New Netherlands’. Not a lot of effort put into those names.

Joking aside, the reason the territory was called ‘New Amsterdam’ originally is because the area now known as Manhattan was at first settled by Dutch Colonists. Before that, the mostly marsh lands were inhabited by the Lenape Tribe. You may have heard the old legend about the Dutch purchasing the land from the tribe for twenty-four dollars. This actually led to a war.

New Amsterdam became New York when it finally came into English possession from the Dutch in 1674, and was thusly renamed after the Duke of York. The name Manhattan comes from Mannahata, a Lenape dialect term meaning ‘place for wood to make bow’. New York City was the first capital of the United States.

No matter what neighborhood you end up staying in, one fun way to see New York City and all its iconic locations is to map yourself out a movie tour, recreating fun scenes from classic films that take place in New York City.

You can go on a ‘Sex And The City’ martini crawl or shopping spree! Go to FAO Schwartz and play the piano like Tom Hanks in ‘Big’! Visit the New York Public Library and look for green slime-like in ‘Ghostbusters’! You might actually find some. Just hope it isn’t that pink slime like in ‘Ghostbusters II’!

Or grab a sleeping bag and sneak into the Museum of Natural History on the Upper West Side and spend ‘A Night At The Museum’. Be warned: Ben Stiller doesn’t work there anymore. If those exhibits come to life, you’re on your own!

Whether moving to or just visiting, there are common things you might look for in a neighborhood. In addition, each neighborhood comes with it’s own set of appealing charms and virtues.

Public transportation is a concern, whether visiting or reading. Alternatively, you might have to worry about parking. Does the neighborhood have walkability? Are the things you might need, like a coffee shop or a grocery store or a farmers market, nearby?

Is it a noisy neighborhood? Are you a light sleeper? Are there a lot of bars, clubs, restaurants, music venues? On the other hand, that might be something you find appealing – a thriving, lively nightlife.

Plus this is New York City, so how is the neighborhood pizza joint?

Up Down and All Around

Foolin’ Around On The Hill

Carnegie Hill has some famous landmarks of its own, including the Guggenheim Museum and an officially designated historic district. Carnegie Hill’s boundaries are 86th Street, 98th Street, Fifth Avenue and Park Avenue.

The rents are a little higher to match the brand stores in the area – Tom Ford, Ralph Lauren and more. Lenox Hill runs from 60th to 77th street, bordered by Fifth Avenue – hence the designer stores – and the East River.

Crime has dropped close to fifty percent in Murray Hill in the past eighteen years. The exact boundaries of Murray Hill are a subject of controversy; it is generally regarded to span from Midtown to the East River.

Crime in Murray Hill is patrolled by the NYPD’s 17th precinct.

While the Upper East Side is generally regarded as old money, rich, mostly Jewish, the Upper West Side is the more family-oriented, residential, middle-class neighborhood. Columbia University is on the upper west side, as well as the aforementioned Museum of Natural History, among many, many other attractions.

The upper west side is a little cheaper than its eastern cousin. Rents will run you 2,000 – 2,500 for a one-bedroom, kind of a bargain for Manhattan. The neighborhoods regarded as the safest on the Upper West Side are Morningside Heights and Washington Heights.

Morningside Heights’ crime rate has decreased overall by eighty percent, as reported by the 26th police precinct, which patrols the neighborhood. Morningside’s boundaries are 110th Street, 125th Street, Morningside Drive – sounds like a pleasant drive – and Riverside Drive. Actually, they both sound like pleasant drives.

Not just safest, Washington Heights is also one of the cheapest neighborhoods in Manhattan – apartments can be found for under two thousand. It has a rich and diverse immigrant population, especially from the Dominican Republic.

Crime has fallen by over forty percent in the last two decades, as reported by the two precincts that share responsibility for Washington Heights – the thirty-third and thirty-fourth precincts, which divide the neighborhood north and south.

Things Will Be Great When You’re Downtown!

If Uptown you can live on a hill, downtown you can live in a village. West Village, East Village or Greenwich Village. Downtown especially is split into many little pockets, so here are the hot pockets that are light on crime.

Crimes have decreased nearly eighty percent since the nineties, as reported by the (th precinct, which patrols the neighborhood. East Village is bounded by 14th Street and Houston Street and east of Third Avenue.

The 6th precinct patrols the neighborhood and crime has dropped more than eighty percent in the past twenty years in the West Village. However, you do need to watch out for a high incidence of property crime. West Village is bounded by the Hudson River, 14th Street and West Houston Street.

Hence, it is quite safe and quite expensive. Tribeca is patrolled by the first precinct and while it has a low number of reported crimes, it also has a smaller population in comparison to other neighborhoods. Crime in Tribeca has decreased almost ninety percent since the nineties.

FUN FACT! Tribeca is thusly named because it stands for ‘TRIangle BElow CANal’ which taken separately, says: Try. Be. Can. A positive motto for any neighborhood.

As noted previously, Manhattan is an island, so naturally, some neighborhoods are going to end up being on the Waterfront. It’s a very different part of Manhattan. Amongst the tall buildings and traffic of most of the city, you can completely forget or be completely unaware that you are standing on an island.

One-third of the area is populated by parks. The neighborhood is also patrolled by the first precinct. They report very few violent crimes, and a below average crime rate in comparison to the rest of the city.

Battery Park City is almost entirely surrounded by the Hudson River, except to the east, where you will wander into the Financial District, home to Wall Street. Watch out for the wolf!

Kips Bay is patrolled by the 13th and 17th police precincts. Both precincts have lower crime rates now than in the past. It is bounded by the East River, East 34th Street, Third Avenue and East 23rd Street.

It runs along the equivalent of 46th to 85th Street on the East Side and is home to just under twelve thousand residents. In the past the island played host to hospitals and prisons. Nowadays, it’s full of residential communities and parks.

Roosevelt Island had less than nine crimes per one thousand residents in 2020, a remarkable record. Its crime rate falls in the lowest classification, below average. Roosevelt was renamed in honor of FDR in 1973.

Boots On the Ground

Finally, all the statistics and pertinent information is nice, but it is always good to hear from ‘the boots on the ground’. The residents of the neighborhoods themselves. What do they have to say?

People who live in Battery Park City say ‘it’s a dream’ and ‘one of the best areas to do things in NYC’. Tribeca residents say the neighborhood is a ‘safe and nice area with great views’. Kips Bay residents call the neighborhood ‘quiet and affordable’ where ‘everything is within convenience’.

Morningside residents report the neighborhood to be ‘a breath of fresh air’, offering ‘a variety of multicultural opportunities’. For residents of Washington Heights, the neighborhood is ‘a proud home’ that is ‘lively and diverse’. Murray Hill residents call their home a ’friendly neighborhood’ with a ‘small town vibe’.

East Village is described as the ‘perfect place to grow up’ and full of ‘amazing experiences’ by residents. West Village is called ‘honestly one of the best neighborhoods to live in NYC’ and residents ‘love the community feel.’

Sounds like the residents agree with the statistics. Take your pick, good luck and stay safe!