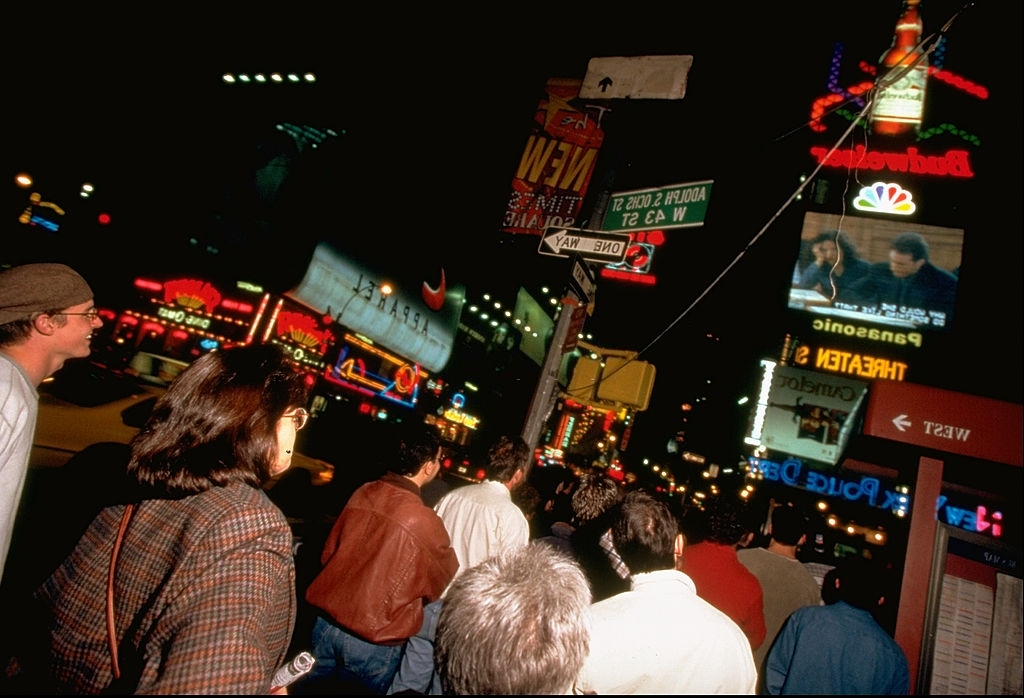 Hey, I’m talkin’ here! So, listen up! There are soooo many stereotypes about New York City. Of course there are, it’s unarguably the most famous city in the world, says the New Yorker.

Whether carried back home by tourists or around the world by the countless movies, TV series and popular songs about New York City, the stereotypes endure. But not all of them are true.

The Best And The Rest

This list will focus on the stereotypes that are true, right from a big city slickers mouth. Start spreading the news! New Yorkers are proud to be from the Big Apple. To be born in New York City is a blessing which offsets all other misfortunes.

Read on as we set the record straight about the greatest city on the planet with this spiffy list of the twenty stereotypes about New York City that are true.

New York City is the Best City in the World

Guilty as charged. There are so many reasons why, it wouldn’t be right to list one without listing them all. When people ask a New Yorker where they are from, they don’t say America, they say New York City, because NYC is different from America. It’s the center of the world.

We do think we’re the best. But it’s not that we mean to be mean. It’s just that things move fast here and we have to evaluate quickly through our prism. We have to make split second superficial judgements that could mean life, death or missing the subway. So style counts in New York City.

Of course we are! NYC is home to world class cuisine and the finest Zagats-rated restaurants.

But there are also plenty of easy and cheap and delicious alternatives, from pizza to bagels to hot dogs. Or try world-famous Zabar’s Deli on the Upper West Side, a mainstay that offers gourmet delicacies at middle class prices.

People think all New Yorkers are rich. Well you have to be, to afford living here! Sort of kidding, but if you are rich there are plenty of ways to spend it, because you have access to the best the world has to offer. But even if you aren’t rich, you need to make a lot of money to survive, then not even feel rich. So yes, it feels expensive.

New York is the City That Never Sleeps

Yes, there’s always a place to find a bagel, day or night. Nightlife never stops, it just becomes daylife. For example, dance clubs close at 4am, find an after hours joint until 6am, then all the bars open again.

There is a constant flow of people arriving and leaving the city or working. So round the clock services are necessary, creating a vicious circle of sorts. Plus, even parks don’t close like in many other cities, and New York is the only city in the world where the subway runs 24/7.

New York City is the Capital of Culture

Indeed, a world class culture. Immigrants landed here first and settled, bringing their traditions and history with them. Now and for a long time, New York attracts the best and the brightest, who bring their culture with them. Then there’s the culture we New Yorkers have created for ourselves, also world-renowned. So, yeah, a real melting pot ‘a culture.

Yes, but think about what makes it noisy. The music, the people talking, the tourists, even the crime, the life itself. New York is the most exciting city in the world and you can’t have that kind of excitement without the hustle bustle soundtrack.

In fact, real New Yorkers can’t sleep soundly without that pulse beating in the background.

Continuing from culture, if you really seek some peace and quiet, try one of the many great libraries found around the city, the little capitals of culture in their neighborhoods.

Yeah, like pizza. It smells like Pizza. And of course it’s dirty, life is happening. Have you seen London or Paris? Fuhgeddabout it!

Again, guilty as charged. As long as we have enough room to put our foot down without the tire running over it, we go for it. Really, it should be an Olympic sport. We’d win every time.

We’re so good at it, former Mayor Rudy Giuliani tried to use it against us, issuing “quality of life” fines for jaywalking in his second term. That didn’t stop us. Our quality of life depends on our jaywalking.

It got so bad that former Mayor Bloomberg tried to pass a tax on entering the city by motor vehicle during his terms. Didn’t fly. The only thing worse than the traffic in New York City, is the parking.

New Yorkers are Always in a Hurry

Seems like it. But we like to think of it as efficiency. If you want to make it like Frank Sinatra, you have to be ambitious and it’s a big city. Plus, plenty of obstacles to slow you down, like overpopulation and tourists.

It’s an on the go city and we have to be in a hurry. That’s why we’re so fit and good-looking – we’re active! There’s lots of long lines and a massive subway system to contend with, among other things..

In fact, there are so many reasons to move quickly, I don’t even have time to think of them! Gotta keep movin’ to the next stereotype.

Yes – to out-of-towners! We can smell an out-of-towner a borough away and we can’t stand them slowing us down. So, of course, when a New Yorker gets asked a stupid question by an outsider, they don’t have time for it, and the poor tourist goes home and tells everybody how rude New Yorkers are.

I swear we don’t treat each other that way. Be smart and you’ll receive the best of us. Even when preoccupied, New Yorkers are not shy to enter into conversations and speak our minds. Nuthin’ wrong with that.

True, we walk fast and mostly don’t make eye contact, but we are happy to give

directions and will often offer them to a person who looks like they need them or when asked. Just be warned, we’re gonna talk fast too! Be sure to keep up.

Well, not really. Manhattan is not, at least. It’s a grid of avenues and numbered streets on both the east and west side, with Central Park the equator, if you will.

Downtown and the outer boroughs is where it gets confusing. Thus, subways in these areas can be confusing as well and you should pay attention because the subway lines split off to various areas on the east and west sides in Manhattan once they head uptown.

Best advice I can give you is don’t let yourself get overwhelmed. And pre-plan your subway journeys on the MTA website.

You can still find some of the old attitude at Port Authority Bus Station on Eighth Avenue and Forty-Second Street.

That’s kind of true. But not in that stereotypical accent everybody imitates. Not just that one “Hey, I’m walkin’ here!” accent that Dustin Hoffman made so famous in “Midnight Cowboy”. There are a lot of reasons for the various accents. You have accents from foreigners. Accents handed down through generations of immigrants. If you’re from NYC, you can even identify the difference between the two Islands – Long and Staten – Brooklyn, and Queens!

So keep an open ear.

Yes, sadly true and paying ridiculously high rents for them. There are a lot of people who come here to make it and longtime residents hanging on tight. So real estate is valuable.

The cost of per square footage is among the highest in the world. Landlords are even cutting up big apartments into tiny ones to make more room and more profits.

But again, have you seen Paris, the New York City of Europe, where the toilet and the shower are in the kitchen which is in the living room, which is in the bedroom? I am so not kidding.

New York City has the Best Pizza and Bagels

Hands down, mouths open. Whether you have lived in New York City a decade or a day, Pizza is always what people say they miss the most. It would be great to recommend the best place, but any corner joint will please your palate. Has something to do with the water.

Which is also the reason no bagels anywhere in the world taste like NYC bagels. It

would be great to recommend H+H Bagels for the best bagel in NYC, but they sadly closed. Still, basically anywhere on the Upper West Side you’ll find a bagel that can’t be beat for a nosh. Don’t forget the shmear!

A new but definitely true phenomenon. Brooklyn Hipsters, as seen on shows like HBO’s “Girls”, arrived because the Lower East Side, formerly the home of the hip and cool, became too prohibitively expensive.

So they migrated over the bridge to Williamsburg in search of cheaper rents. Unimpressed with local retail and cuisine offerings, they transformed the neighborhood to the hipster mecca it is now.

And they’re everywhere now, branching out all the way to the end of the L Train line to Bushwick, Brooklyn, which has quickly mutated into Williamsburg 2.0!

Everybody’s from Somewhere Else

This is a new stereotype. It never used to be true. New York was full of New Yorkers, struggling to make life’s ends meet. Los Angeles was where everybody came from somewhere else.

But New Yorkers just got a reputation for being so cool. Then you mix in New York City showcasing series like “Friends” and “Seinfeld” – both of which were ironically shot in Los Angeles – and next thing you know everybody moved here – and raised our rents! Now “New Yorkers” find themselves asking each other “Where are you from?”

Whether settling or visiting, everyone should have the New York experience and decide for themselves if the stereotypes are true. That’s the true spirit of New York City, an’ dat ain’t no stereotype!