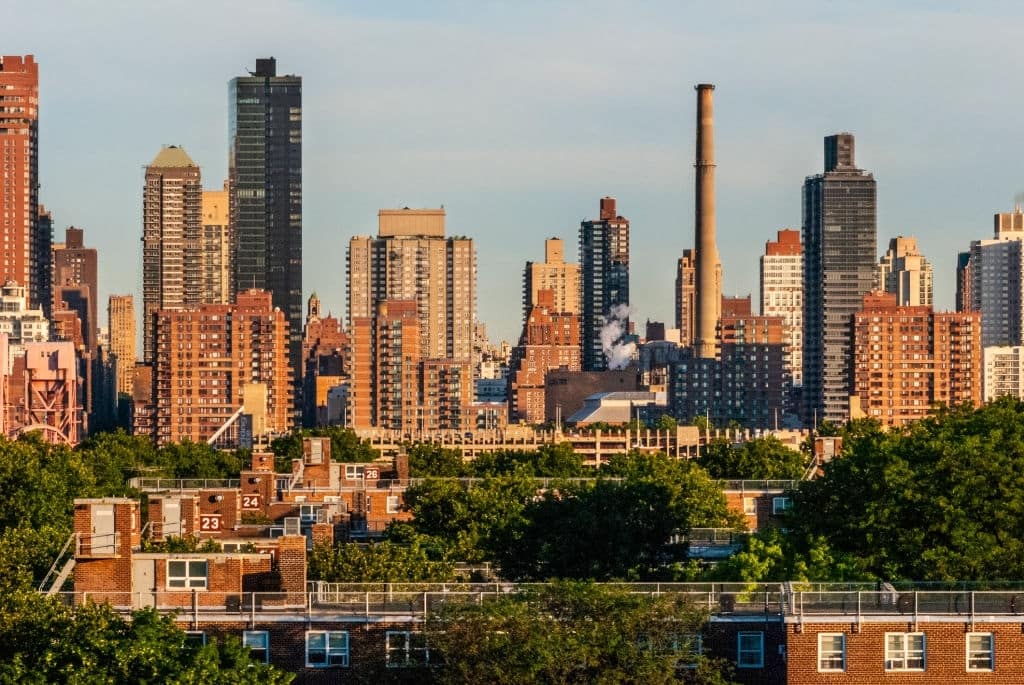 Are you considering a move to Astoria, NY, and wondering how it is there? Find out if it’s safe and what to expect below.

Contents hide
1 The Founding of Astoria
2 People in Astoria
3 Astoria’s Real Estate
4 Education Options
5 Liberal Politics
6 How is the Security?
7 What is There to Eat?
8 Getting Around Astoria
9 What Are the Main Attractions?
10 Will the Children Enjoy It Here?
11 What Else is There to Know?

The Founding of Astoria

Astoria was incorporated on April 12th, 1839, and originally named Hallet’s Cove, after the first 1652 settler William Hallett. It was later renamed after the wealthy John Jacob Astor so he could invest in the area. In 1870, Astoria and various surrounding villages became Long Island City, and in 1898 it was incorporated into Greater New York City. Astoria remains as a neighborhood in Queens, one of the Five Boroughs in New York City.

Astoria saw increase immigration to the area after economic and commercial growth in the 19th century. Most of the initial settlers were Germans, Greeks, and Italians. Today you can find people from nearly 100 countries living in Astoria, ranging from North Africa and Ecuador to Tibet and India. This diversity offers a wide range of cuisines and cultural interactions.

The total population of Astoria is 88,620. Although the racial profile of Astoria is still predominately white, at 49%, there has been an increase of minorities in the past decade with:

The housing market trend in Astoria is $747 thousand to buy. However, a majority of people rent. Astoria neighborhoods combine the old and new with modern residents and storefronts alongside historic buildings. There are almost 60,000 houses in Astoria, and over 26,000 were built in 1939 or earlier. Astoria also has around 1,779 new homes built in 2010 or later.

In the area known as Old Astoria, you can find preserved 17th Century mansions with strong Greek influences. However, most of the architecture in Astoria is contemporary family homes, apartment houses, and condominiums. Overall, the neighborhood has a residential feel with tree-lined streets.

Astoria is represented by the 12th Congressional district, and 22nd and 26th City Council districts. The area is very liberal, with a majority of voters Democratic. In the 2020 elections, the Northwest neighborhood in Astoria voted over 90% Democratic.

How is the Security?

Overall, Astoria is a safe place with the 114th Precinct of NYPD patrolling it and providing a visible police presence. Crime rates in the area have decreased significantly by 83% between 1990 and 2019. However, the Northwest part of the city is considered to have a lower risk of crime than the South neighborhoods.

You can also find four fire stations and the Mount Sinai Hospital of Queens. So, is Astoria safe? According to some residents, it is a clean and safe place to live that’s rich in culture and recommended for all demographics.

What is There to Eat?

Astoria is known as the Greek capital of New York and has traditional family-friendly Greek restaurants such as Stamatis on 23rd Avenue. However, it also features up-and-coming restaurants and a diverse range of cuisines. You’ll find seafood, Mexican, Himalayan, Thai, Italian, unique desserts, and menus with seasonal ingredients.

Astoria is a walker’s paradise and very bikeable, so you don’t need a car for daily errands. It also has ample taxicabs and is convenient to use public transit. There are ten bus routes in Astoria and eight subway stations.

The commute to other areas of New York is also great with the subway line and ferry boat. If driving, it’s 15-minute or less to get to Midtown Manhatten and a short trip over the bridge to the Bronx and Harlem.

In 2019, Time Out ranked Astoria as one of the ten coolest neighborhoods in the world due to its food, scenic parks, and art scene. For example, Astoria Park on the East River provides amazing views of Upper Manhattan and Hellgate bridge. Astoria is home to the Museum of the Moving Image, Let Love Inn jazz bar, and Noguchi Museum featuring twelve galleries and a sculpture garden.

Bohemian Hall is also the only big, old-school beer garden left in New York City. Enjoy pitchers of icy beer and Czech barbecue at picnic tables under shady trees. There are also plenty of local events, street fairs, and festivals to attend, such as the:

Will the Children Enjoy It Here?

While most households in Astoria are non-married people without children, the neighborhood still features amenities suitable to raise a family. The Astoria Sports Complex has kid’s programs, batting cages, and an indoor pool. For an outdoor pool in the summer, the popular Robert Moses’ Astoria Pool is a must-visit.

There are also plenty of family-friendly attractions such as the New York Hall of Science (NYSCI), BOUNCE’ N PLAY, and Movie Nights in Astoria Park. Celebrate Halloween at the Astoria Heights Playground annual trick-or-treat event or enjoy free family yoga in the park during the summer.

While there is no drought risk in Astoria, storms can impact houses. Properties near the river are at risk of flooding.

Unlike some neighborhoods in New York, Astoria’s parking options are quite varied. You can easily find some free multiple-day parking.

Overall, it’s a safe neighborhood for people of all backgrounds and has recently attracted many young professionals and hipsters. Housing availability may not have increased, but rent is still pretty reasonable.

Now you have the information you need to make your decision about moving to Astoria.