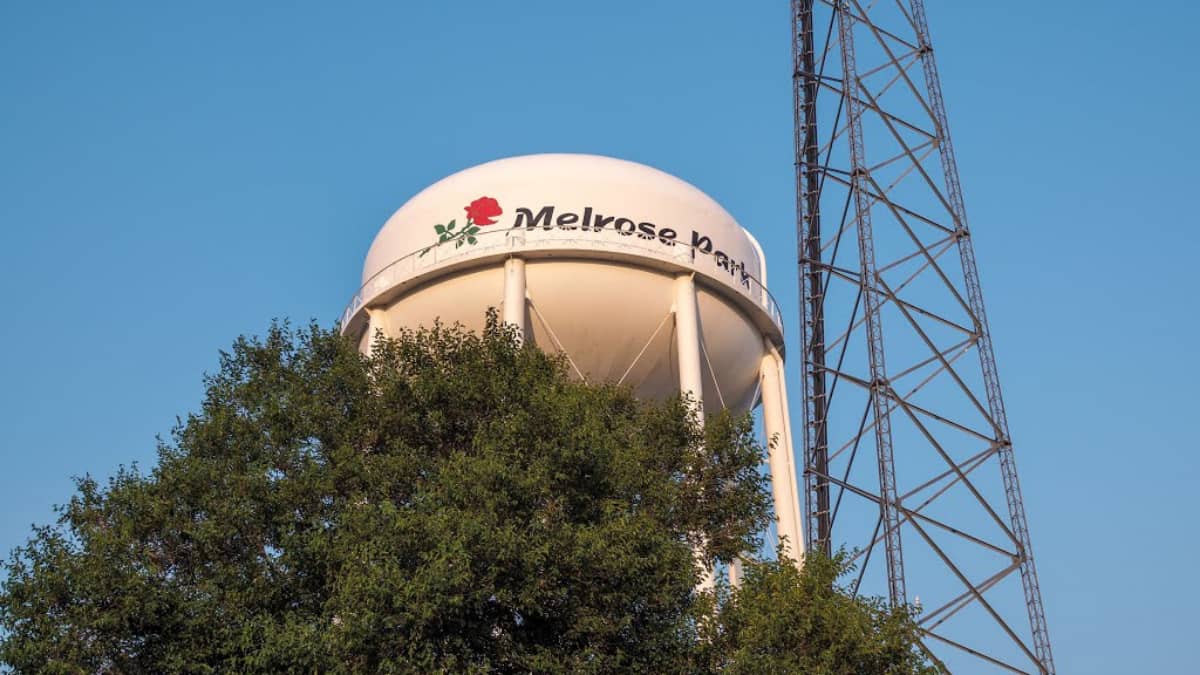 Contents hide
1 Not To Be Confused With Melrose Place
2 Have You Ever Thought About Melrose Park?
3 Super Stats and More!
4 What’s So Great About Melrose Park
5 Transportation in Melrose Park
6 And Now Safety!
6.1 What The Residents Say
6.2 The Picture Polling Paints
6.3 What Do The Statistics Say?
6.4 What Are The Chances?
7 An Informed Decision

Not To Be Confused With Melrose Place

Lots of people want to move to Melrose Place. Melrose Park, not so many. Why you might wonder. Is Melrose Park safe or not? You might be reading this article because you thought it is about the more famous apartment complex you’ve seen on television, if in fact it’s a real place.

Maybe your misunderstanding is actually a blessing in disguise. There are quite a few good reasons to consider settling down in Melrose Park. None of which matters if it is not safe. This article will teach you more about Melrose Park and educate you about the level of safety there. Then you can make an informed decision about whether you want ‘park’ or ‘place’.

Have You Ever Thought About Melrose Park?

Before we dive into details answering the question: is Melrose Park safe? Let’s learn about Chicago. Chicago itself is a very outdoorsy urban metropolis, if you can make it through the less than mild – most call harsh – winters. Huge, sprawling parks. Restaurants with beautiful terraces. Chicago is named after a French adaptation of an indigenous word, ‘Shikaakwa’, the name for a wild relative of the onion, a sort of little brother to garlic, which grew plentifully in the area.

Chicago is the third-most populous city in the United States, after New York City and Los Angeles. In the 2020 census, its population was recorded at two million, seven hundred thousand residents and change. It may be best known historically for the ‘great fire’ of

1871, but it’s known for plenty of other things now, like deep-dish pizza and Second City sketch comedy. Mmm..pizza. Mmmm…comedy.

Chicago is a big city made up of lots of little ‘cities’ or ‘neighborhoods’, depending on how you look at it. Melrose Park is one of those neighborhoods. Residents have even been quoted to say that it is ‘almost like a little village’. This ‘little village’ was updated and refurbished in the late nineties and early two thousand and is even more charming now.

Melrose Park is located in Cook County and is technically a suburb of Chicago, rather than a part of the major metropolitan area proper. Melrose Park rests within a four-square-mile radius.

Melrose Park became an established municipality in 1882 when it was known simply as ‘Melrose’. The ‘Park’ part was added eleven years later. Growth in the area came from a large Italian-American population and manufacturing companies. Melrose Park is the kind of town where everybody pretty much knows everybody.

Melrose Park is home to a large average percentage of homeowners, just one of many other reasons that make Melrose Park appealing. They include the villages’ suburban feel, outdoor activities, restaurants and bars, a thriving nightlife and its public school system, which include the Mannheim and Bellwood school districts. The residents of Melrose Park are identified as liberal and report that they are happy to have grown up there.

Education levels in Melrose Park are not that high. As in, not many residents completed high school, and a minuscule four percent have earned master’s degrees. Almost half the residents fall into the twenty-five to fifty-four year-old demographic, with the remaining two quarters consisting of young and elderly people.

The only common complaint you hear from residents is that prices can be high, although they remain reasonable compared to many other places in the United States. On the other hand, they say most things are locally accessible and within walking distance, which is nice. They also enjoy the holiday decorations, saying the town is always beautifully decorated that time of year.

What’s So Great About Melrose Park

There are plenty of things to see and places to go in Melrose Park.

Attractions include Elite Cafe and Billiards for a shot of pool, Cinemark Theaters for the latest blockbuster film and Escape Rooms for a team-building adventure. There is also an axe-throwing lounge, whether you have one to grind or not. The Italian-American flavor can be authentically sampled at Scudiero’s Italian Bakery and Deli.

In general, residents say that there is a thriving nightlife and you can always find something to do.

Notable people from Melrose Park include actress Anna Chlumsky, known for the film ‘My Girl’ and the HBO series ‘Veep’. In addition, mobsters Anthony Zizzo and Joseph Aiuppa hail from Melrose Park. Actress Carol Lawrence, Pulitzer prize-winning producers and a large group of professional athletes also were born or resided in Melrose Park.

You can travel to and from the major Chicago metropolitan area with relative ease in Melrose Park. In fact, the Chicago public transportation system is one of the most lauded in the nation and most famous for its elevated tracks and lines.

Major bus lines include the 303, 318 and 331. Trains include the NCS and UP-W. Easily accessible stations include 5th and Elsie, North and Ninth Ave and Maywood.

You can access transportation to the major airport O’Hare with ease also. There are Amtrak stations and Greyhound hubs in the area too for farther distances.

In addition, you have Dial-A-Ride and the Melrose Park Minibus to help you get around. Plus Blue Cab operates taxis that will take you to and from Melrose Park.

The following is a look at Melrose Park’s safety rating from a few different angles, including official statistics and word of mouth.

What The Residents Say

Residents have mostly positive things to say about safety in Melrose Park. They say it is mostly an overall safe community.

Residents say that the streets are safe for bike riding and that the area is a peaceful one. They call it a great place to raise a family. They also say it is quiet with an easy walk to the park for the kids.

These are reports directly from the mouths of residents. On the other hand, polls of the residents, where they can report anonymously, reflect a different assessment and paint a different picture.

In one poll, more than one-third of residents say they only feel somewhat safe, the crime is noticeable and that there are times they do not feel safe. Almost half say only pretty safe and that the crime doesn’t impact them much. Finally, only one-fifth report that they feel very safe.

In another poll, respondents are exactly split down the middle, rating the crime as poor – more crime than they’d like – or as excellent – virtually no crime – equally. In a matching poll regarding safety walking alone at night in Melrose Park, residents were equally split, with fifty percent responding that they felt fairly safe walking alone in most areas, while the other half responded not at all safe and that they never walk alone late at night through the neighborhood.

It’s tough to make a call based on those conflicting results. What to do? Consult the statistics!

What Do The Statistics Say?

The statistics say a lot of things to answer is Melrose Park Safe? Here is a look at what they have to say.

The main kinds of crimes in Melrose Park are larceny, aggravated assault, arson, burglary, theft and auto theft. The crime rate is about 168. This translates to, for example, one reported robbery per two to three thousand people, a low number for an American suburb.

There were no murders reported. In general, reported crime has been steady the past couple of years, not going up or down. These statistics are from FBI data. The crime rate can fluctuate depending on what part of the city you are in – for example, the southwestern part versus the northern neighborhoods. The southwestern part is widely considered to be the safest area of the city.

What Are The Chances?

According to pie graph data, thefts are by far the most widely reported crime, taking a fifty percent piece of the pie. Followed not so closely by burglaries, auto thefts and assaults.

Law enforcement presence is decent. The number of full-time law enforcement officers employed in Melrose Park has been increasing year over year. The rate of the number of officers per one thousand residents is higher than in Chicago and Chicago can get pretty violent!

Now that you have both official statistics and on-the-ground reports in your portfolio, you can better answer the question: is Melrose Park safe? You can make an informed decision about whether it’s a safe neighborhood to plop down in to start your career as a young professional or raise your family.

In conclusion, Melrose Park falls on the safer side of the list of the safest neighborhoods in its surrounding areas, with only three neighborhoods rated safer. Good luck and we hope this article has been informative, helpful and entertaining!