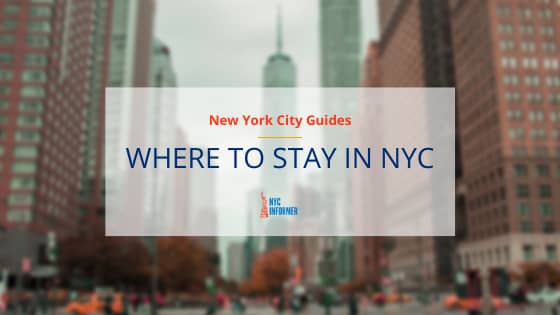 Are you planning on taking a bite out of The Big Apple? If so, you’re probably struggling to choose where to stay in New York City. Hey, no worries; New York is understandably overwhelming. With a bit of research, however, you should be able to find an ideal New York location for your travel goals.

Contents hide
1 Where To Stay In New York City – A Guide For All Kinds Of Tourists
1.1 Ultra-Touristy, But Ultra-Convenient: Why Most Tourists End Up In Midtown
1.2 Bunk With Bankers & Brokers: An Alternative Suggestion For First-Time Visitors
1.3 Get Your Grub On: Fantastic Places For Foodies In NYC
1.4 For Artsy Types: Trendy Districts To Admire NYC’s Artistic Side
2 What Are The Safest Areas In New York City?
3 A Quick Aside: When Should You Visit New York City?
4 Take Your Time Reviewing NYC’s Many Districts

Honestly, there’s no “perfect spot” for tourists to stay in NYC. Finding your ideal location will depend on what you want to get out of your NYC trip.

Before choosing where to stay in New York City, we strongly suggest writing a list of your “Gotham goals.” Having a clear understanding of your travel priorities will help you choose from the districts listed below.

Do you have your Big Apple bucket list ready? Fantastic! Now let’s take a quick tour of some of the best areas to stay in New York.

Ultra-Touristy, But Ultra-Convenient: Why Most Tourists End Up In Midtown

Almost all of the must-see NYC attractions are either in or near this prime district. Here’s just a sampling of attractions you can easily visit from a hotel or Airbnb in Midtown:

With all of these stellar attractions, it’s no surprise tourists consider Midtown the best place to stay in New York. Although Midtown isn’t “authentic NYC,” first-time tourists will undoubtedly enjoy the convenience this part of the city offers them.

As a word of warning, Midtown hotels tend to fill up months in advance, especially before big events like New Year’s. If you want to take advantage of all Midtown has to offer, then be sure you book your room as early as possible.

Bunk With Bankers & Brokers: An Alternative Suggestion For First-Time Visitors 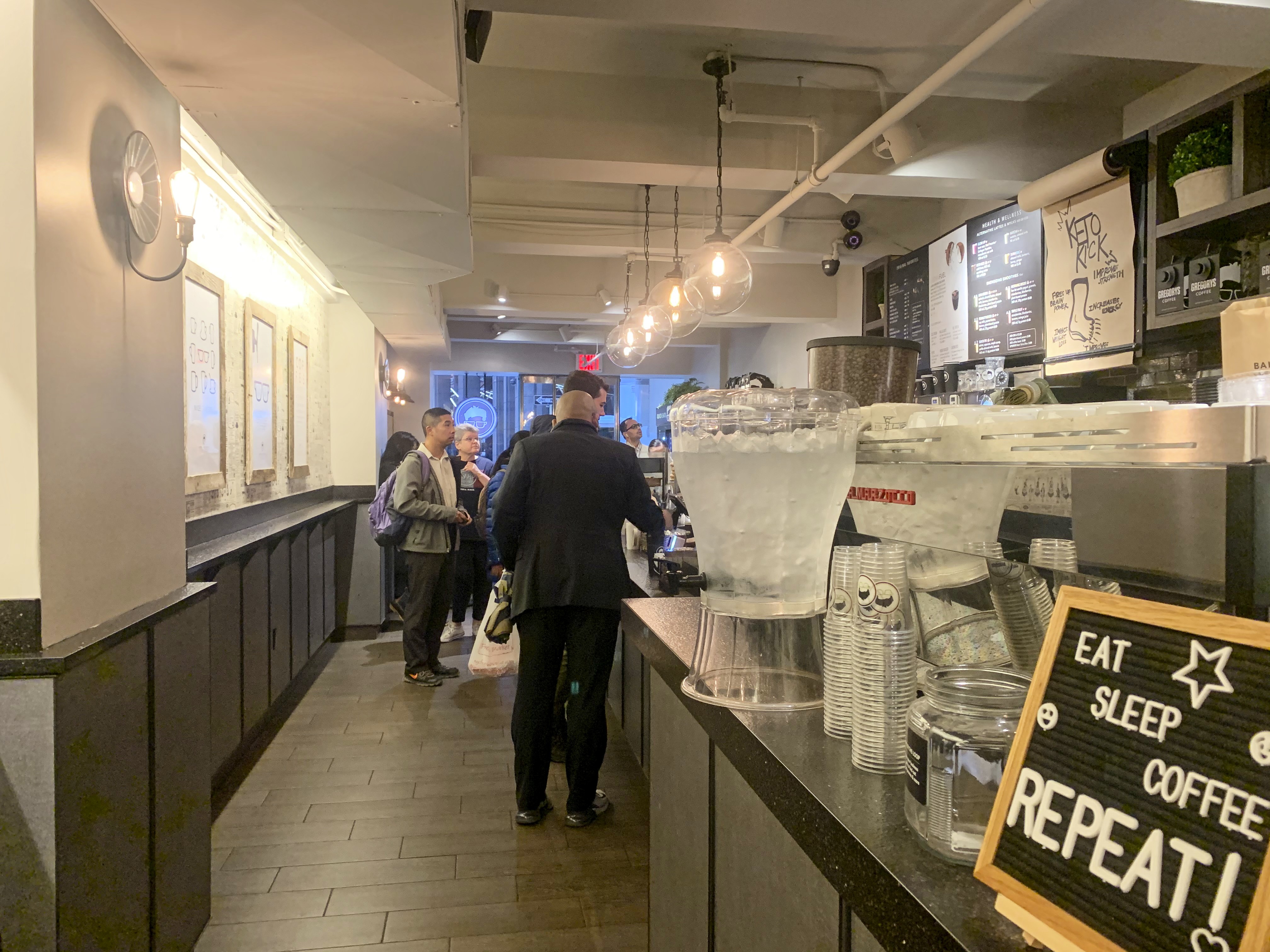 Midtown will always remain NYC’s most touristy district. That doesn’t mean, of course, all first-time tourists need to stay there.

As an alternative, we encourage new tourists to consider staying in Manhattan’s Financial District. Trust us, NYC’s FiDi is anything but bland. Indeed, history buffs will have a blast exploring remnants of “old New York” on the cobblestoned Stone Street and in the well-preserved Fraunces Tavern. Foodies will also enjoy the many cafes and restaurants in this delightful district.

The main reason we suggest new tourists stay in FiDi, however, has to do with its proximity to many top-rated attractions. Here’s a list of sites you can easily reach from a hotel in FiDi:

In case you were wondering, it’s about a 20-minute subway ride between Wall Street Station and Times Square. So, whether you stay Downtown or Midtown, you shouldn’t have issues exploring the hot attractions in both of these tourist-friendly areas.

Get Your Grub On: Fantastic Places For Foodies In NYC 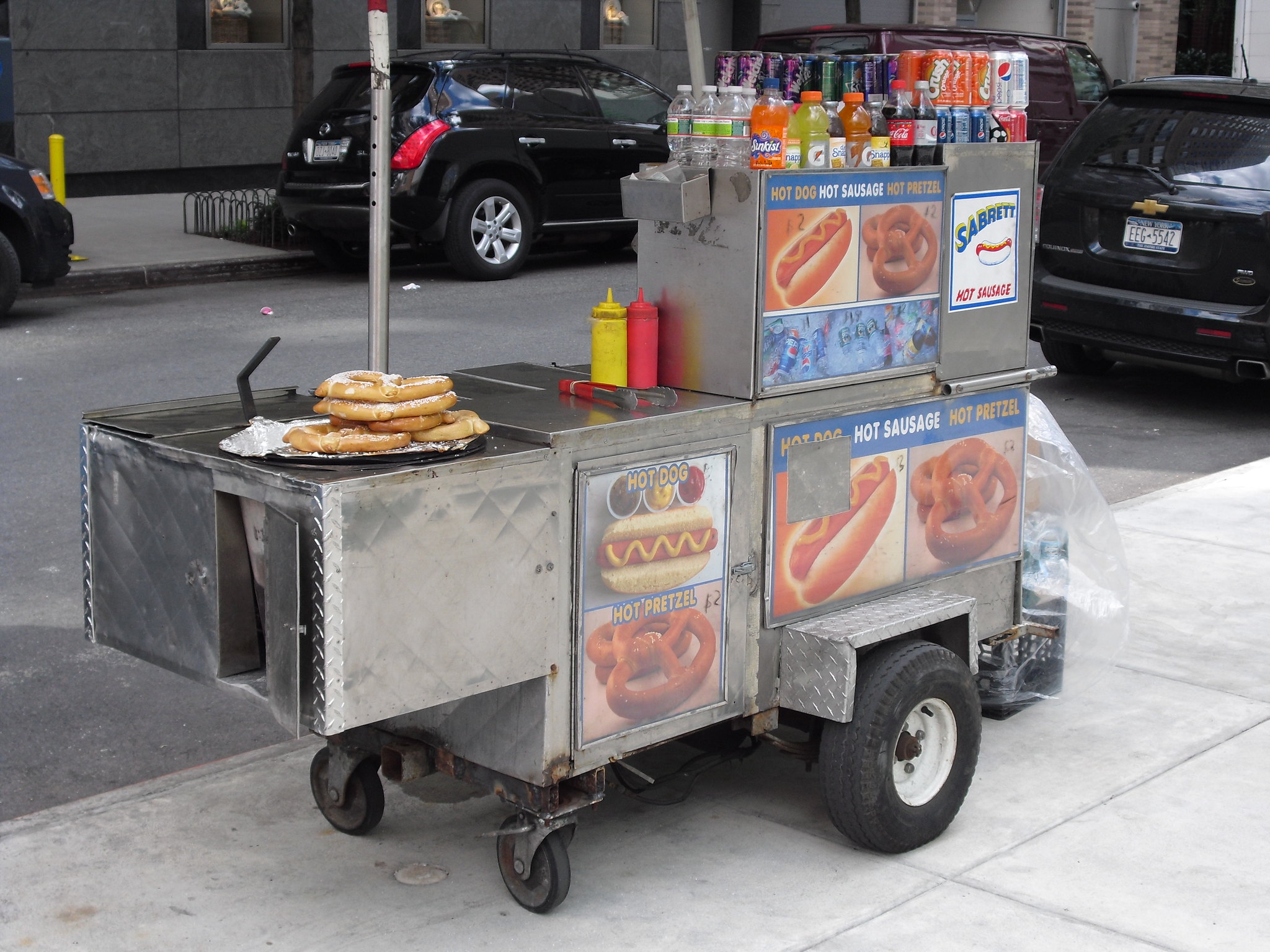 Thanks to its long history as an immigration hub, NYC boasts one of the world’s most eclectic food scenes. Travelers who are most concerned about gobbling gourmet goodies—and less concerned about counting calories—might want to consider staying in an NYC foodie hotspot.

Although you could find a delish dish almost anywhere in NYC, Chelsea and Tribeca have recently gained a lot of attention in foodie circles. You’ll have no issues finding dining delights in both of these trendy districts, especially around the famed Chelsea Market.

If you’re a fan of Asian cuisine, however, then you should stay as close to Chinatown as possible. In this energetic ethnic enclave, you’ll find some of the oldest and best-reviewed Chinese restaurants outside of the Middle Kingdom.

As a bonus, Chinatown is within walking distance of Little Italy. So, if you ever tire of all that delectable dim sum, be sure to pick up an authentic NYC thin-crust pie.

Oh yeah, we can’t talk about NYC’s foodie scene without mentioning the massive Smorgasburg food market in Brooklyn. Almost every weekend, thousands of food-loving New Yorkers descend on Williamsburg to sample as many dishes as they can stomach.

By the way, Williamsburg has become a foodie haven in its own right, so be sure to check out hotels here if you’re hungry for a palate-pleasing vacation.

For Artsy Types: Trendy Districts To Admire NYC’s Artistic Side 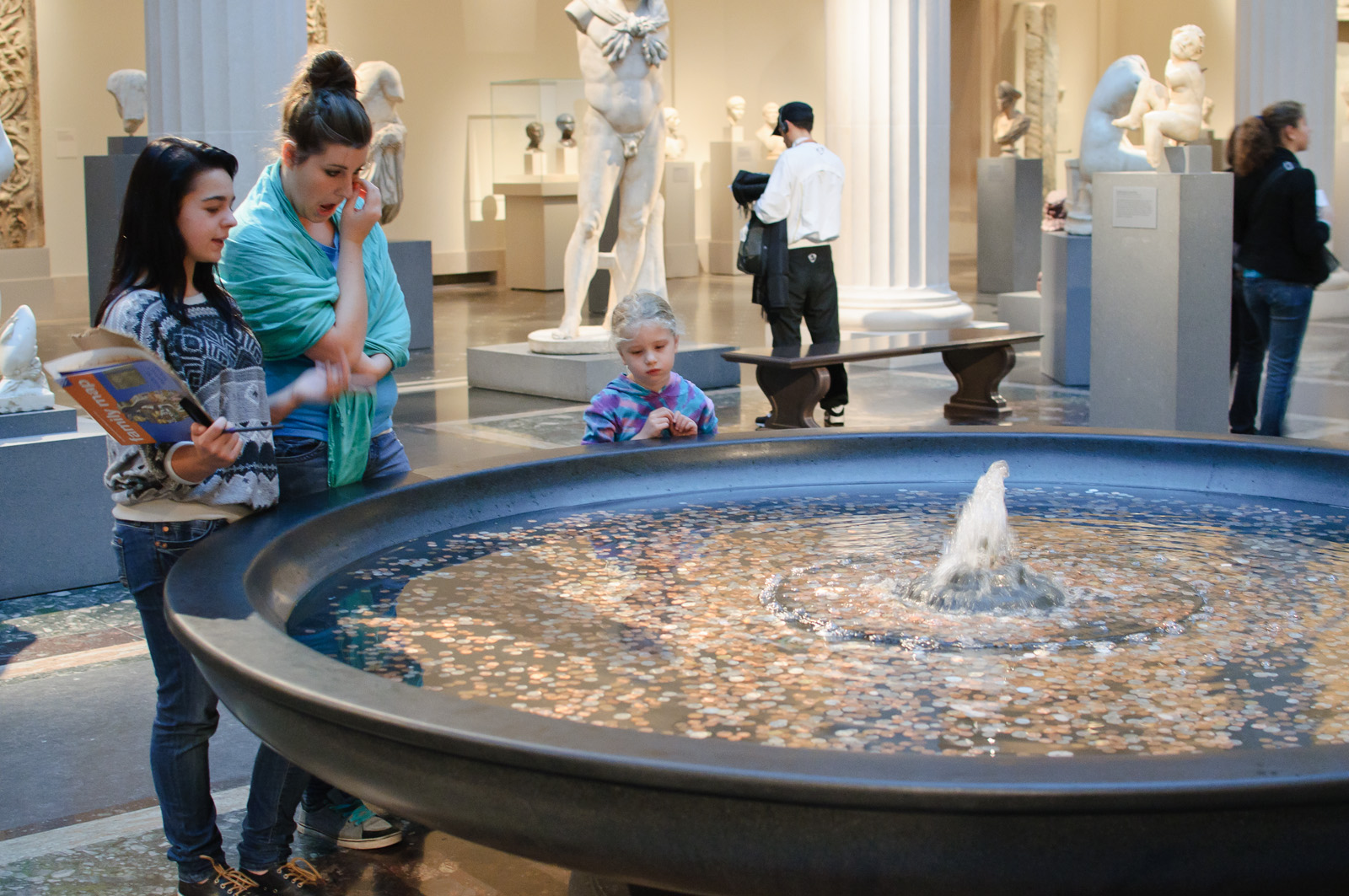 Warhol. Pollock. Dylan. We could go on for days listing artists, musicians, and writers that lived and worked in NYC. To this day, New York City remains one of the world’s leading centers for contemporary art, music, and fashion. So, it’s no surprise many tourists visiting NYC are interested in soaking in the city’s storied artistic heritage.

For most people, Greenwich Village is NYC’s most stereotypically “bohemian” neighborhood. In the 21st century, however, “The Village” is better known for its super-pricey real estate than its countercultural vibe.

While NYU’s campus gives this area plenty of youthful energy, Greenwich Village is no longer the center of NYC’s contemporary art scene. We only suggest staying in Greenwich or West Village if you’re looking for a relaxing district with plenty of greenery, restaurants, and jazz clubs.

If you’re more interested in exploring NYC’s cutting-edge art scene, then we suggest looking into The Bowery or East Village. Both of these districts are home to some of NYC’s most exciting galleries and museums, including the New Museum of Contemporary Art, the International Center of Photography Museum, and the Anthology Film Archives.

Speaking of films, we can’t forget about the Tribeca area. Best known for the annual Tribeca Film Festival, this Lower Manhattan district has a unique “industrial chic” ambiance. You’ll find plenty of pretty boutiques, restaurants, and galleries in Tribeca, even if you’re not in town for the springtime film festival.

What Are The Safest Areas In New York City?

No matter where you travel, safety is always an important consideration. Thankfully, NYC has come a long way in terms of security since the late-20th century. In fact, crime rates in New York City have been on a steady downtrend over the past few decades.

So, statistically speaking, your chance of getting harmed in NYC is far lower than in other popular American cities like New Orleans or Chicago. Indeed, it’s far more likely you’d get involved in a car crash than a violent crime while in New York.

That being said, certain areas of NYC continue to have elevated crime rates, especially the Bronx. Most of these districts, however, are far from where most tourists would be interested in visiting.

If you’re concerned about safe places to stay in New York, then you should know these locations usually have higher-than-average crime rates:

If you’re super worried about your safety, then you might be interested to know these are typically considered the best neighborhoods to stay in New York:

A Quick Aside: When Should You Visit New York City?

OK, we know this article is all about where to stay in New York City, but we should at least mention when you should visit The Big Apple. No matter where you choose to stay in NYC, you will pay higher room rates during peak season.

Generally, tourist experts recommend visiting NYC in the spring or autumn. During these seasons, you won’t have to worry about the “asphalt-enhanced” summer heat or the ridiculously cold winter nights. In addition to milder times, spring and autumn seasons tend to have fewer tourist crowds as long as you avoid big events (e.g., the UN General Assembly, Fashion Week, and Thanksgiving).

For those who are only concerned about saving some dough, consider booking a trip after New Year’s in January or February. While these are typically the cheapest months to visit, they are also the coldest, so be sure to pack plenty of hand warmers.

We hope our list of the best neighborhoods in NYC has given you plenty to think about while planning your trip to The Empire City. As long as you write out your New York itinerary beforehand, you shouldn’t have a tough time picking the perfect spot for your needs.

Whether you stay in touristy Midtown, trendy Chelsea, or artsy Williamsburg, try your best to choose a hotel near a subway station. Of all the transportation options offered in NYC, the subway remains the fastest and most economical way to see all of this city’s electrifying sites.