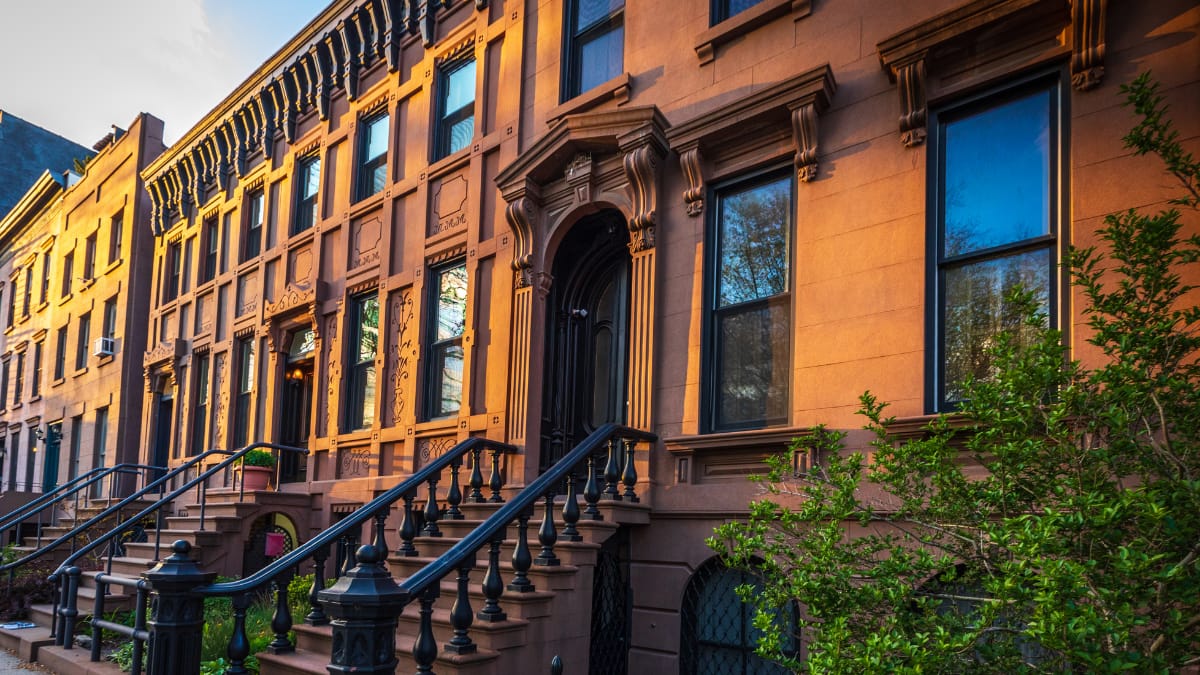 Park Slope is a neighborhood in Brooklyn, New York City. You might have heard of it. It’s one of the five boroughs of the city known as the center of the world. The Big Apple. The city that never sleeps. The five boroughs that make up the city are Brooklyn, The Bronx, Manhattan, Queens and Staten Island.

Park Slope has been named the most livable neighborhood in all of those five boroughs. Yup. By none other than New York Magazine, one of the most respected magazines in the United States. Wanna Know Why?

A Nod From New York Magazine

The magazine’s criteria for most livable neighborhood considered the following factors, divided by percentages:

…and Park Slope topped the list! Author Nate Silver chose Park Slope over places like Greenpointe, Boerum Hill, Prospect Heights, East Village, Astoria and more! Silver calls it a well-rounded neighborhood which excels in most of the above mentioned categories.

Read on to explore more of Park Slope yourself.

Originally, Park Slope consisted of hunting and fishing lands roamed by indigineous tribes. In the sixteen hundreds, it was first settled by the Dutch and played a big role in one of the most epic battles of the Revolutionary War, ‘The Battle of Long Island’.

The neighborhood really rose to prominence when Prospect Park was first proposed. This article will tell you more about Prospect Park a little later. In the late eighteen hundreds, wealthy folks constructed Victorian style Brownstones which still stand today and are worth some admiration.

Many of those mansions were built on Prospect Park West, which was known as the ‘Gold Coast’ during this period. Early baseball teams also played in Park Slope, helping to secure the sports place as ‘America’s national pastime’.

The name Park Slope is related to the geography of the land situation. The land slopes downward and west from Prospect Park’s higher ground.

Park Slope is called home by a population of close to sixty thousand. It is a diverse neighborhood, a rich tapestry of singles, creatives, young professionals and families.

The median household income is above one hundred fifty thousand. An average house on the market will fetch between six hundred thousand and a million four, depending on the size. Rentals start at around two thousand for a studio, going up to double that for a three bedroom. Fifty-six percent rent properties in the neighborhood as opposed to a forty four percent share of home owners.

Due to the proximity of academic and cultural institutions nearby, educators and academics make up a sizable share of the residents. In fact, Park Slope has a higher rate of college-educated residents when compared to other neighborhoods in Brooklyn. Nearly half possess a master’s degree or higher.

One attractive thing for many residents of Park Slope is the easy commute. Wall Street is less than five miles away! It will take you just twenty five minutes by car, thirty by bike, and thirty five by public transit. Wall Street is just about the farthest downtown you can go on the island of Manhattan.

Rockefeller Center, which everyone will agree is quintessential midtown, is only eight miles away and can be reached in a jiffy – forty minutes by public transit. Downtown Brooklyn is just twenty minutes away by transit or bike, a mere two and a half miles away.

All points are easily accessible. You can even travel to the next state! Jersey City, where many professionals who work in Manhattan live, can be reached in under an hour.

Hold your breath for the funnest fact of all! Guess who used to live in Park Slope! Any guesses?

That’s right! Former President Barack Obama. That is what you said, right? Yup, Barack lived in one of those aforementioned brownstones, on Second Street. In the early eighties with his former girlfriend Genevieve Cook.

Obama is not the only celebrity who resides or was born in Park Slope. Other notable names you might encounter include Patrick Stewart, Maggie Gyllenhaal, Steve Buscemi and John Turturro. All acting like they love the place! Which they do.

And to wind down this list of fun folks from Park Slope, the original tommy gun gangster, Al Capone, king of tax evasion and prohibition, hails from the neighborhood!

Okay, you can breathe now.

One of the most pleasing features of Park Slope is the architecture. The neighborhood has a thirty three block section which has been designated as a historic district.

The development of the architecture began in the late eighteen hundreds. Thus, it is a mixture of different styles such as Beaux Arts, Romanesque Revival, Renaissance Revival, Victorian Gothic, Venetian Gothic, Neo Grec and Neo Classical. Some structures are even adorned with French and German ornamentals.

Architects represented in the area include E.B. Langston, Napoleon LaBrun, R.L. Daus and C.P.H. Gilbert. These masterpieces are mixed in with pre-war apartment buildings, flatiron style buildings, fountains and statues and even a mini arc de triomphe.

The Law Of Attractions

Park Slope is full of attractions and things to do. You can find culture, history, nightlife, live music, live comedy, diverse cuisine, theater and outdoor activities.

The Slope is no slouch in the culture department either. Brooklyn Museum, Brooklyn Academy of Music and Brooklyn Conservatory of Music are all located in Park Slope. There’s a central library. For sportier members of the family, there’s Barclay Center, where local teams play basketball and hockey.

Prospect For A Good Park

Did you know? The same architect planner who designed Central Park also designed Prospect Park. His name is Calvert Vaux. He dreamed up Prospect Park along with a partner, Frederick Law Olmstead. Fun Fact! This pair coined the term ‘parkway’.

Prospect Park was first proposed in 1860 and opened in 1867, although it would not be fully completed for six more years. Prospect Park spans five hundred twenty six acres and serves not just Park Slope, but also the Prospect Heights, Flatbush and Windsor Terrace neighborhoods.

The park is designated a New York City Scenic Location and listed with the National Register of Historic Places. Attractions found inside Prospect Park include the Prospect Park Zoo, Brooklyn Botanical Gardens and Brooklyn’s only lake!

There are also sporting facilities including basketball and tennis courts. The legendary pitcher Sandy Koufax got his start on those courts!  You can find weekly farmers markets in the park, and there is an open-air venue for concerts and theater performances. There is also horseback riding plus don’t miss the waterfalls!

But Is Park Slope Safe?

Good question. The reason you came to this article is because you’re wondering is Park Slope safe? Sure, it sounds like a great place, but what good is all that? Because, after all, safety first, right?

Let’s look at some of the statistics. Did you know that fifty-one percent of all statistics are wrong? Just kidding, just kidding. That’s a joke.

Park Slope is rated sixteenth safest in violent crime and fifth in best neighborhoods to raise a family in New York City. Car thefts are down ninety one percent.

Overall, violent crime has plummeted in the area and Park Slope has even been referred to as ‘the national poster child for gentrification’.

Another measure of safety is the quality of the public schools. Here’s a look at that. Most schools in the area have a four or five star parent rating. They include William Penn PS 321, Park Slope Collegiate, Secondary School For Journalism and Millennium Brooklyn High School.  Class sizes range from three hundred students at some schools to over fourteen hundred at William Penn.

There have been some surveys about the neighborhood that sheds light on the question, is Park Slope safe? Here are the results.

One hundred percent of residents feel very or pretty safe, a sixty-forty split between the two categories, leaning in the favor of pretty safe. Sixty percent of respondents called the police ‘there when you need them’, and another twenty percent said police are ‘very visible and very responsive’.

Fifty percent of residents polled called the neighborhood family-oriented, while twenty five percent described it as ‘progressive’ and another twenty-five said it is an ‘exuberant’ neighborhood.

Eighty percent of respondents said that the most important thing to know about Park Slope is that there is a high cost of living. Twenty percent wished to note that there is a nice library, art gallery and museum nearby.

One hundred percent responded that there is a sense of community in Park Slope.

Hearing From The People

But what do the people who live there report? What do they have to say? Sometimes the best reports are boots on the ground reports. Let’s take a look.

General comments include ‘very friendly’, ‘down to earth’, ‘beautiful architecture’ and great for kids and adults. Residents also report ‘fairly good access to subways’. They are happy that they know their neighbors.

Other comments are whimsical. For example, ‘If you want to have kids, ideal. If you wanna get crunk up in da club, super boring.’  Residents also say Park Slope is great for serious foodies and if you want more square footage than you would get in Manhattan.

Some residents do see a downside. They describe Park Slope as ‘elitist’ and full of ‘stroller gridlock’. They say it can be ‘peaceful, quiet and…dead’. They say it lacks diversity and everything is expensive. However, they do not view Park Slope as being ‘in decline’.

So, is Park Slope safe? Yes, it is, and it’s upscale. Park Slope allows you to be close to the hustle and bustle of New York City without the hassle. Park Slope is a place where you can set down serious roots. Enjoy all Park Slope has to offer.