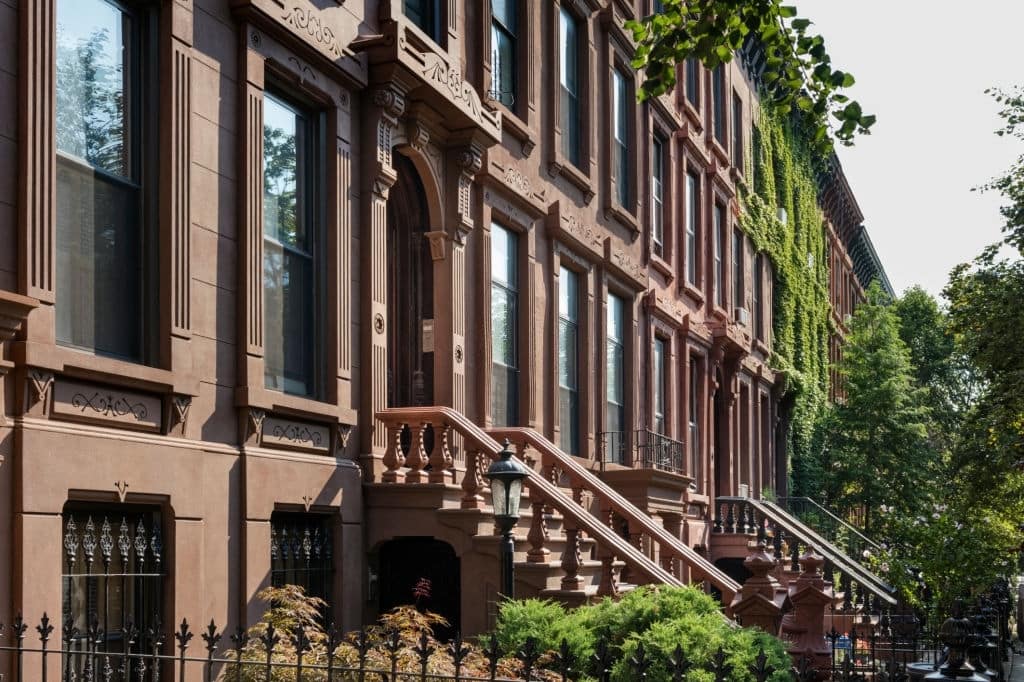 Should you move to Bed-Stuy? Let’s see what it is like to live there and is Bed Stuy safe.

Contents hide
1 A Brief History of Bed-Stuy
2 A Close-Knit Community
3 Real Estate in Bed-Stuy
4 Where to Get Educated
5 Political Representation
6 How is The Security?
7 Where Can I Eat There?
8 Getting Around Bed-Stuy
9 Are There Fun Things to Do?
10 Is Bed Stuy Safe for The Children?
11 What to Look Out For
12 Things To Do In Bedford-Stuyvesant

A Brief History of Bed-Stuy

Bedford-Stuyvesant, locally known as Bed-Stuy, is a combination of what used to be the Stuyvesant Heights neighborhoods and the Village of Bedford. In the 17th century, Stuyvesant Heights was farmland and named after the colony of New Netherland’s last governor, Peter Stuyvesant.

Bedford land belonged to the three Dutch settlers: ferryboat operator Dirck Janse Hooghland and farmers Leffert Pietersen van Haughwout and Jan Hansen. It was designated as one of Brooklyn’s seven districts in 1800 and incorporated into Brooklyn City in 1834.

Today, Bed-Stuy is the borough of Brooklyn’s northern section. It is just south of Williamsburg and borders Bushwick in the east, Clinton Hill in the west, and Brownsville in the south.

You will commonly see the residents of Bed-Stuy greeting their neighbors and dressing up to attend Sunday mass. The community was predominantly African-Americans, but gentrification has increased the diversity of residents. Still, the rich culture and heritage of the Black community remain.

As of the 2019 census, the population of Bed-Stuy is 187,404 people, with the following racial breakdown:

Bed-Stuy combines a buzzing business district and tree-lined streets filled with beautiful architecture. It is a relatively expensive neighborhood to live in, with the housing market trend’s sale price at $1.18 million.

Bed-Stuy is known for having the largest amount of intact Victorian architecture, including historic brownstones. Around 8,800 buildings in Bed-Stuy were built before 1900. Since 2018, gentrification has introduced new real estate developments, wine bars, and coffee shops into the neighborhood.

Where to Get Educated

Several public schools serve Bed-Stuy and many are named after notable African-Americans. There are also magnet and charter schools in the area, with the Success Academy Charter School-BED Stuy 2 among the highest-rated. There are several colleges in Bed-Stuy, including Mercy College, the College of New Rochelle, and S. Joshef College Brooklyn.

Self-education is also accessible by visiting one of the four Brooklyn Public Library (BPL) branches in Bed-Stuy. Bed-Stuy’s median household income is $57,130, and 58% of residents have an associate degree or higher.

How is The Security?

Crime is higher in the south of Bed-Stuy than in the north. However, overall, Bed-Stuy is much safer than it used to be, and you can walk the streets at night without worry. The 81st and 79th police precincts patrol the neighborhoods east and west of Marcus Garvey Boulevard. There are also seven fire stations in Bed-Stuy.

Where Can I Eat There?

Bed-Stuy has a growing restaurant scene with delicious options such as authentic Mexican food at Oaxaca and soul food at Peaches Hothouse. Of course, a trip to Brooklyn requires a pizza stop. Visit Saraghina for homemade, wood-fired pizza and grab something to-go at their bakery next door.

The Bed-Stuy neighborhood is accessible by several bus lines as well as the A, C, and G trains. However, it is walker-friendly and you can easily explore it on foot. The area also has a bike-share system so you can cycle on its numerous bike lanes. You can even ride your bike across the Brooklyn bridge to work in Manhattan.

Are There Fun Things to Do?

Bed-Stuy’s history of jazz music lives on in the various music venues in the neighborhood. For example, C’mon Everybody features a large dance floor where you can dance to live bands. Each year there is also a BedStuy Film Festival (BSFF) showcasing films from diverse perspectives.

The black community’s heritage is rich in Bed-Stuy, and there are attractions such as the Bedford-Stuyvesant Museum of African Art that celebrates their contributions to American Art. For cooking demonstrations and educational events, visit the community-based farmer’s market called Hattie Carthan Community Market. You can also run, stroll, or enjoy a free concert at one of Brooklyn’s first parks, Herbert Von King Park.

Is Bed Stuy Safe for The Children?

Many young families have settled in Bed-Stuy due to its close-knit community, culture, and kid-friendly activities. Take your kids to a performance at Shadowbox Theatre for multi-media puppet shows geared towards pre-K through grade 3 kids. Or you can visit locations such as Pipsqueak Shoppe to browse toys and books, attend music classes, or meet others during free playtime.

Bed-Stuy also has several playgrounds, including Potomac Playground and St. Andrew’s Playground. It is also nearby Brower Park that is next to the Brooklyn Children’s Museum.

Things To Do In Bedford-Stuyvesant

Whether you’re a local, or just visiting, there’s plenty to do and see in this iconic neighborhood. Here’s a list of some of the best things to do in Bed-Stuy:

Visit the Bedford-Stuyvesant Historic District. This is one of the largest and most well-preserved Historic Districts in New York City. It is full of beautiful 19th-century brownstones, churches, and other architectural gems. Take a stroll through the streets and admire the beautiful buildings, or take a self-guided tour to learn more about the history of the area.

Spend a day at Herbert Von King Park. This park is the perfect spot to relax, take a stroll, and enjoy the great outdoors. There’s plenty of open space for activities, a playground for kids, and several cultural attractions, including galleries, a theater and a library.

Check out the Bed-Stuy Farmer’s Market. This market is held every Sunday from May to November, and it’s the perfect place to pick up some fresh produce, artisanal goods, and other local items. It’s a great way to support local businesses and get to know the neighborhood.

Take a tour of the Brooklyn Brewing Company. This local brewery is one of the most popular in the city. Take a tour to learn more about their brewing process, or simply grab a beer and relax in their taproom.

Have a meal at the Peaches Hothouse. This soul food restaurant is one of the most popular in the area. It’s a great place to enjoy a meal, a drink, and live music.

Shop at the Brooklyn Flea. This flea market is held every Saturday and Sunday, and it’s a great place to find vintage items and unique gifts. These are just some of the many great things to do in Bed-Stuy.